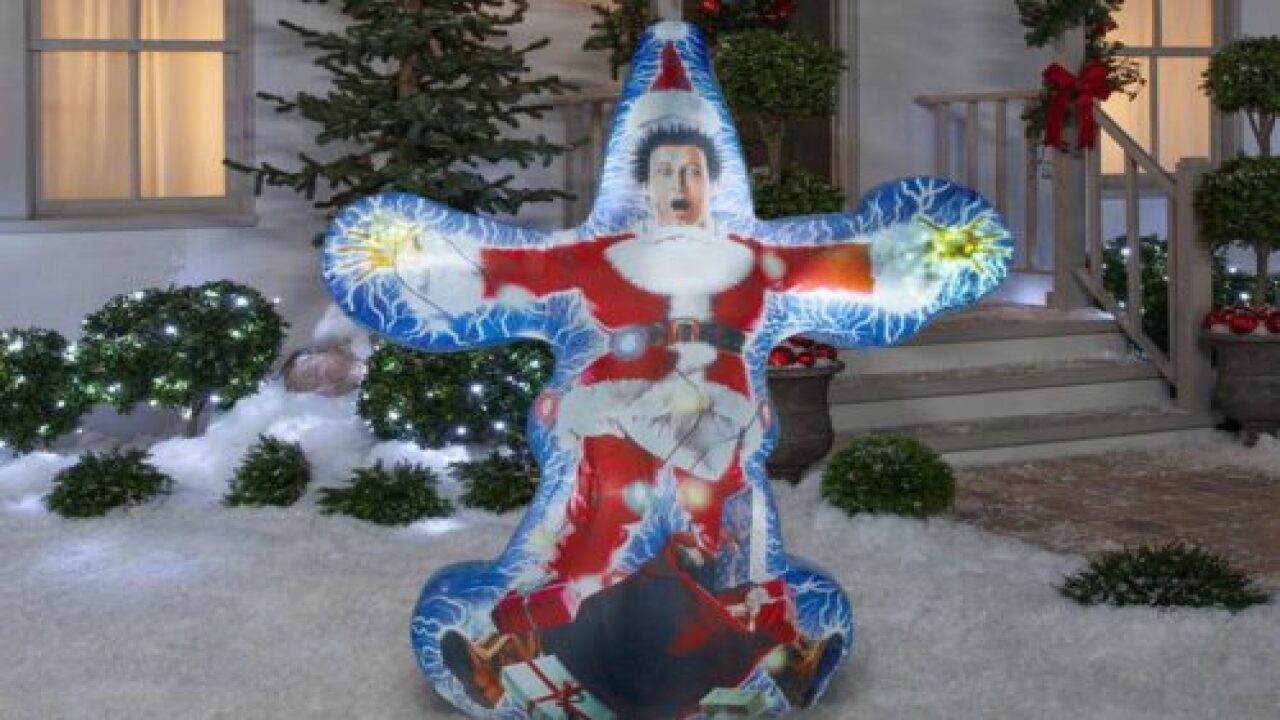 Calling all “National Lampoon’s Christmas Vacation” fans! If you’re ready for the “hap, hap, happiest Christmas,” Home Depot has the perfect outdoor decorations for you.

New this year is an inflatable version of Cousin Eddie’s RV. This 4-foot-tall tenement on wheels will look so nice parked in your driveway. It has a string of LED Christmas lights festooned around the top of the RV, inflatable Christmas wreaths on the front and side doors and, of course, a blow-up septic hose. Snot the dog is not included.

And for $199, you can go falling in love with it, since Cousin Eddie won’t be taking it with him when he leaves next month.

Last year, Home Depot introduced “Christmas Vacation” fans to a honey of an inflatable with the blow-up Griswold station wagon topped with the family’s gigantic tree. And you can still buy it at Home Depot this year for $129. Little full but not a lotta sap.

Also for $199, you can buy an 8-foot airblown snow globe with projection screen and sound that has five “Christmas Vacation” clips pre-loaded.

But you can also customize which videos you want to project, just in case the “Why is the carpet all wet, Todd? I don’t KNOW, Margo!” scene is your favorite.

Finally, you can get a photorealistic 6-foot-tall blow-up of Clark Griswold in a Santa suit, complete with flickering light hands, just as he appears on the DVD cover for the movie.

For $86.17, you can have an inflatable Clark looking just as surprised as he would if he woke up with his head sewn to the carpet.

The best part about these inflatables? They’ll blow up in a fraction of the time it took Clark Griswold to string up his house lights.

If these lawn decorations don’t make you happy, I don’t know what to say, except that it’s Christmas and we’re all in misery.