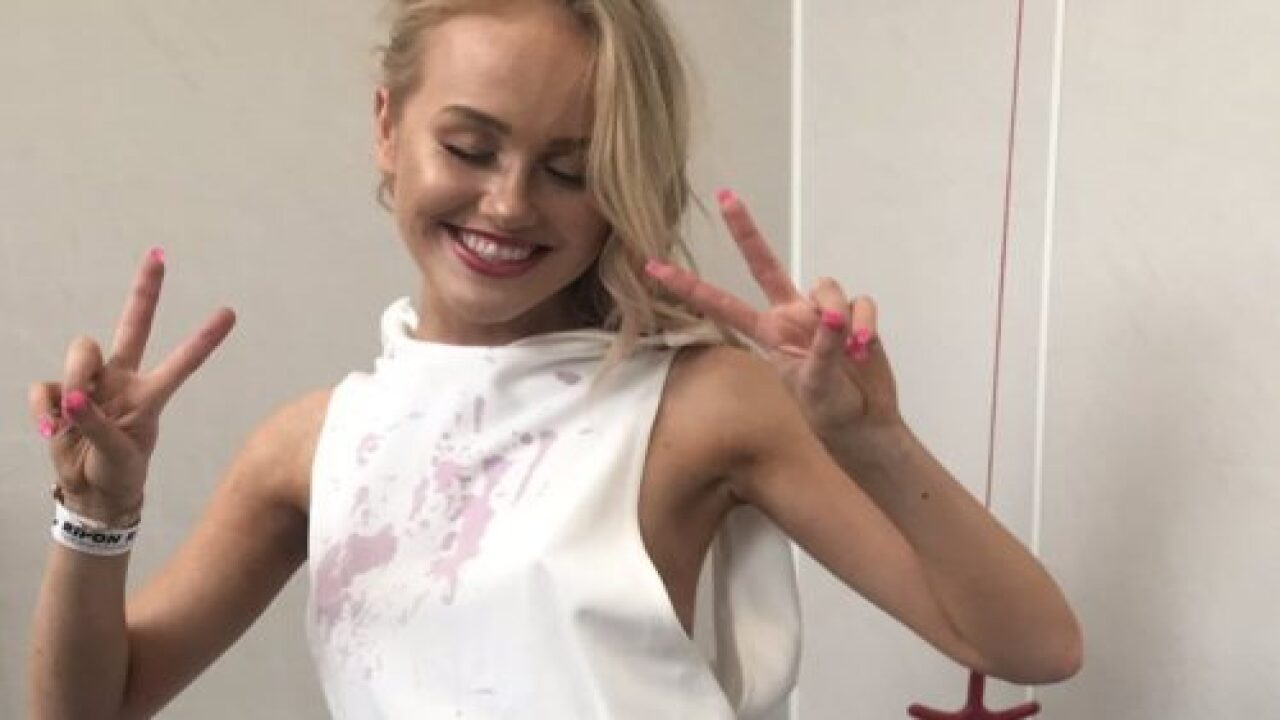 Spilling red wine on a white outfit would ordinarily be considered a fashion emergency of the highest order. However, when one woman ended up in this predicament, she made the best of it — and the result is pretty awesome.

Mia Williamson was enjoying a day out at the Ripon Races in Leeds, England, with her friend, Eleanor Walton, who was rocking a chic, all-white jumpsuit, and someone accidentally spilled red wine all over it.

Instead of panicking, the pair decided to lean into the mistake by pouring more vino on the outfit, thus turning it into a tie-dye masterpiece. Genius!

Williamson tweeted about their brilliant hack, and the internet was impressed. The tweet has been retweeted more than 20,000 times:

so we’re 2 hours into the races, and el comes and tells me someone has spilt red wine down her… no problem. Got some more red wine and fixed it and I think we’ve just made a new product to PLTs festival range pic.twitter.com/fXnJKYfNc2

“So we’re 2 hours into the races, and El comes and tells me someone has spilt red wine down her…no problem,” Williamson wrote alongside photo evidence of the amazing solution. “Got some more red wine and fixed it and I think we’ve just made a new product to PLTs festival range.” PLT is a reference to women’s clothing retailer Pretty Little Thing .

Twitter user @sezenkomili agreed, tweeting out a photo of a pair of pants from the store that looks pretty close to the wine-spilled tie-dye creation:

Looks exactly like these bottoms actually from plt looool pic.twitter.com/MYguBNgdjp

Meanwhile, Pretty Little Thing liked it so much, they tweeted about the women’s fashion innovation as well, writing, “Safe to say that wasn’t a ‘pour’ decision.”

Safe to say that wasn’t a ‘pour’ decision ð±ð·ðððð https://t.co/MMcvUlntAq

Although Walton says the outfit was a bit sticky, she didn’t let it ruin her day.

“I got used to how it felt quite quickly,” she told The Cut . “I wasn’t really thinking about it ’cause I was having a good time.”

She says it took about four glasses of wine and about 30 minutes to create the new outfit. Not bad! Talk about making lemonade out of lemons (or cutting-edge fashion out of a wine spill)!