This Post About How Hard Nurses Work Is Going Viral 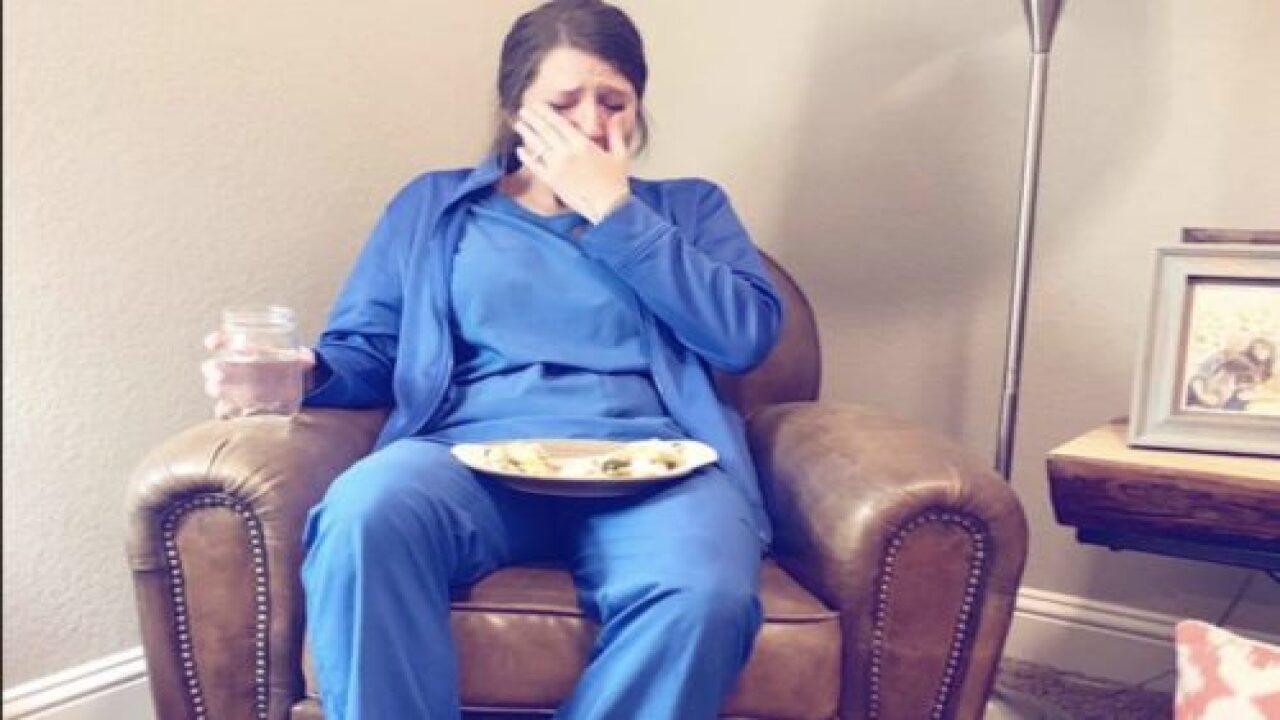 Caty Nixon is a labor and delivery nurse, and she works long and grueling hours with new moms and infants, which can be especially emotionally taxing. Nixon’s sister, Laura McIntyre, is so proud of Nixon’s hard work and dedication that she took to Facebook to praise her sister as well as to let nurses everywhere know how much they are appreciated.

In a now-viral post, McIntyre recently shared a photo of an exhausted Nixon at her home after having delivered a stillborn. She described how nurses see so much in a day’s work, including the joy of new birth and the sorrow of death. She says that most people probably don’t realize all that nurses do and called upon everyone to give them the recognition they deserve.

“Caty (& all other nurses) – you are SPECIAL,” she wrote. “You bless your patients & their families more than you will ever know. Thank you for all that you do”:

“She’s gonna kill me for this pic, but can we just give it up for nurses for a minute?” McIntyre said in her introduction to the post.

She went on to explain just how much her sister puts into her career: “Caty just wrapped up her fourth shift in a row. That’s around 53+ hours in four days. That’s not including the 1.5 hours she’s in the car each day.”

McIntyre says Nixon is typically so busy at work that she scarcely gets a chance to even eat lunch or sometimes even drink water.

“She is so good at what she does that she often forgets how to take care of herself while she’s taking care of her patients,” she wrote.

She explained that the photo was from a night in July when Nixon had delivered a stillborn during her shift. McIntyre was in awe of the important work that nurses do on a daily basis.

“They see great joy in smooth deliveries & healthy moms & babies,” she wrote. “They see panic & anxiety when a new mom is scared. They see fear when a stat c-section is called. They see peace when the mom has support from her family — because not all moms do.”

In addition to all of this, McIntyre named some of the other varying and often difficult situations nurses see, including ones in which teenagers and addicted moms give birth.

“Did you know that they have to make arrangements for the funeral home to pick up the baby?” she asked. “I didn’t either.”

People were moved by McIntyre’s tribute; her post has now been shared more than 124,000 times. It has more than 212,000 reactions and over 21,000 comments. Many of the comments express thankfulness for nurses, calling Nixon and others in her profession heroes, superstars and angels.

“She feels everything her patients feel — excitement, joy, fear, anxiety, heartbreak,” McIntyre told HuffPost of her sister. “She’s with them physically, mentally and emotionally. And she has to celebrate and mourn with them.”

Here’s to Nixon and all the other awesome nurses out there who go above and beyond for their patients!