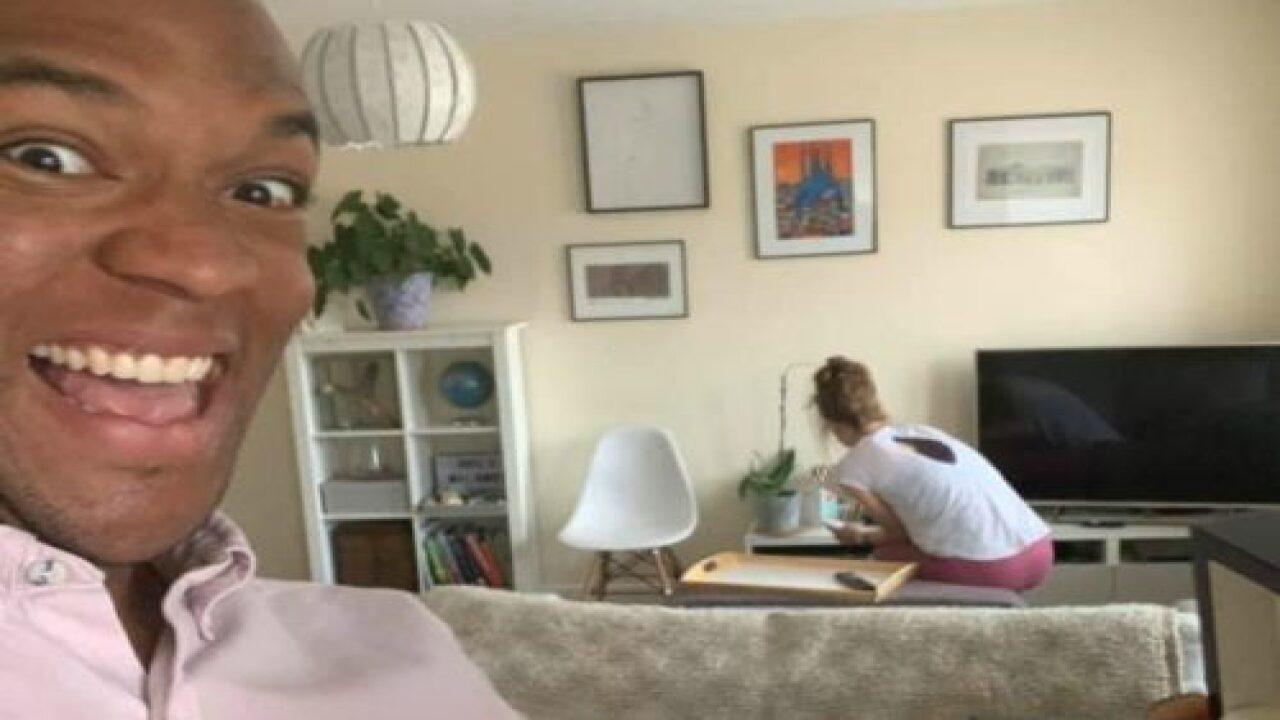 Edi Okoro had a big secret he was keeping from his girlfriend, Cally Read. Okoro wanted to propose to the love of his life and had already picked out a gorgeous ring. But while he was excited to pop the big question, Okoro wanted the moment to be special. The nervous groom-to-be knew it had to be the perfect moment and he had a hard time coming up with an idea he liked.

“Those who have gone through this (and those who will soon find out) you want to propose in a way that speaks to you as a person and couple,” Okoro posted on Facebook. “Some plan a flash mob, a fancy meal, or even arrange a marry me sign. I couldn’t do this because ‘Edi doesn’t plan’ …. I’m a spontaneous improviser!”

About a month after he bought the ring, Okoro sat in his living room admiring it and thinking about how to propose — when Cally almost saw it. It was at that moment that he had a flash of inspiration.

“All these missed opportunities mixed in with the thought – Cally doesn’t know I have the ring!!” he wrote. “I should just start documenting these moments!

And what an adventure this turned out to be for the couple. Okoro had a blast flashing the ring just out of sight of his future fiancée and snapping pictures of the brilliant little secret.

Some of the photos depicted scenes as simple as Okoro showing off the bling as Carly had her back turned:

Some moments were closer calls than others:

The sneaky guy even brought the engagement ring out on the road when he had the chance!

Sometimes it was when the pair was shopping:

Another day, the ring tagged along before a bike ride.

Each time, Okoro knew his lady love could have turned around the busted him cold. But he figured that if that happened, it would be the moment he was waiting for.

As the game went on, he got even more daring with his placement of the ring:

Our favorites are when the couple is in bed and Cally is casually on her smartphone or even asleep!

In this one, Cally has the ring in her hand and doesn’t even know it! Talk about a gutsy move, Okoro!

Finally, about a month after the hide-and-seek game had begun, Okoro popped the big question. Cally still had no idea about all of the pictures until after she said yes:

“She didn’t know about this library until several weeks later,” he wrote on Facebook. “My smile is a ‘you know nothing Cally Read’ smile.”

Though he doesn’t share what happened during the big reveal, we bet she was delighted by how her future husband documented his love for her.

His photo collection and posts have since gone viral and now people all over the world are congratulating the happy couple.

We wonder what he has planned for the wedding!