This House Is Decorated With 3,000 Pumpkins Every Halloween—and It’s Truly Magical 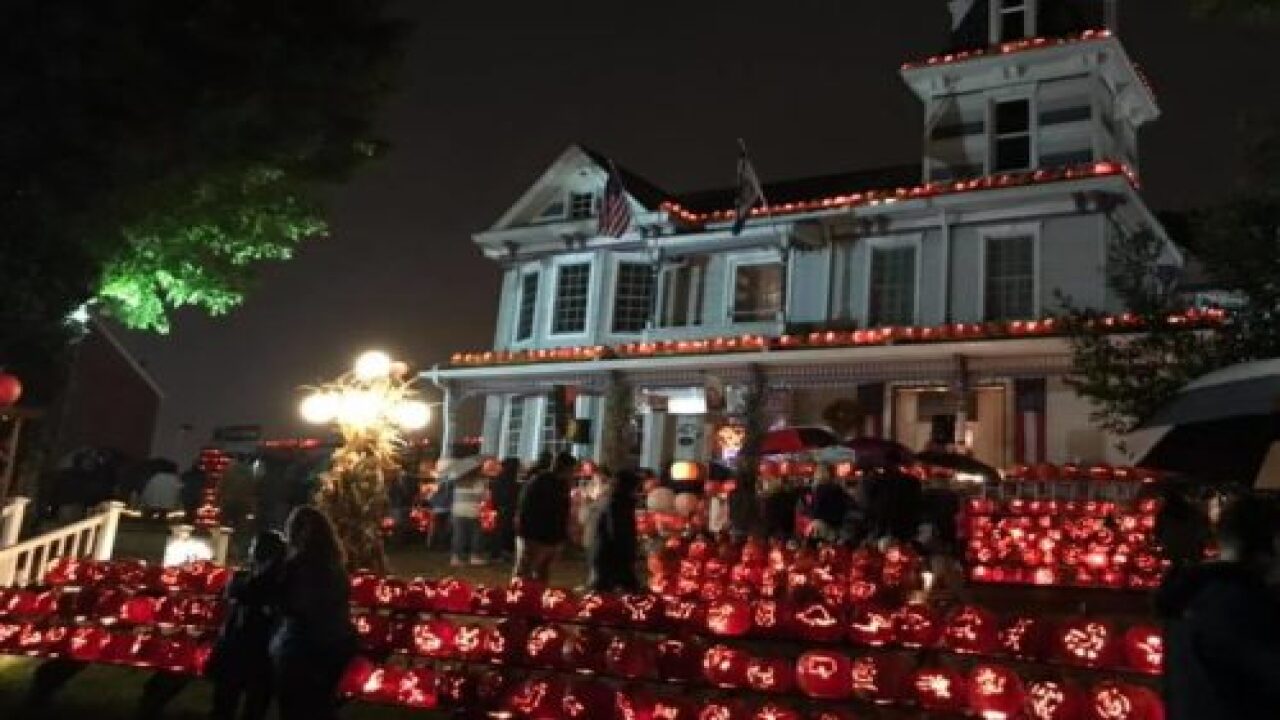 Some people take their holiday decorating very seriously. And some take it to the next level. The Griffith family in Kenova, West Virginia, is in this camp. They put on a display that shows they’re just filled with Halloween spirit.

Each year, this family displays a staggering 3,000 pumpkins in front of their home for the Halloween season. Yep, you read that right. Ric Griffith, local pharmacist and former mayor of the small town, puts out one carved jack-o-lantern for every resident of Kenova.

Of course, he doesn’t do it all on his own. He has a lot of help from his family, and also from members of the community who are super-proud of what has become quite the tourist attraction over the years. More than 30,000 people stop by to see the amazing display, which includes jack-o-lanterns carved into the faces of famous people, animals, cartoon characters, silly phrases and other creative designs. It’s definitely a must-see as part of the area’s annual Ceredo-Kenova Autumnfest.

Check out this shot of the display posted to Instagram by @spooky_club:

To fit in all 3,000 pumpkins, Griffith and his helpers spread them across the home’s front lawn and front porch, as well as on the roof!

Griffith began the tradition back in 1978 with just five pumpkins and, 21 years later, it’s (much!) bigger and better. People can’t help but flock to the area, strolling along the sidewalk outside the house to get that perfect Halloween experience.

“Locals take great pride in it, and then there are people from around the country who plan fall trips and include it on the route just so they can see it,” Tyson Compton, president of the Cabell-Huntington Convention and Visitors Bureau, told Parade of the yearly tradition. “It’s really something.”

Check out this shot of the house in 2018, posted to its official Facebook page:

Here’s a close-up of some of the designs, posted to Instagram by @malaniefaith:

“It’s become a tradition for many people in our immediate area, and it feels good to keep that going,” Griffith told Parade.

Here’s hoping he keeps it up for many Halloweens to come!