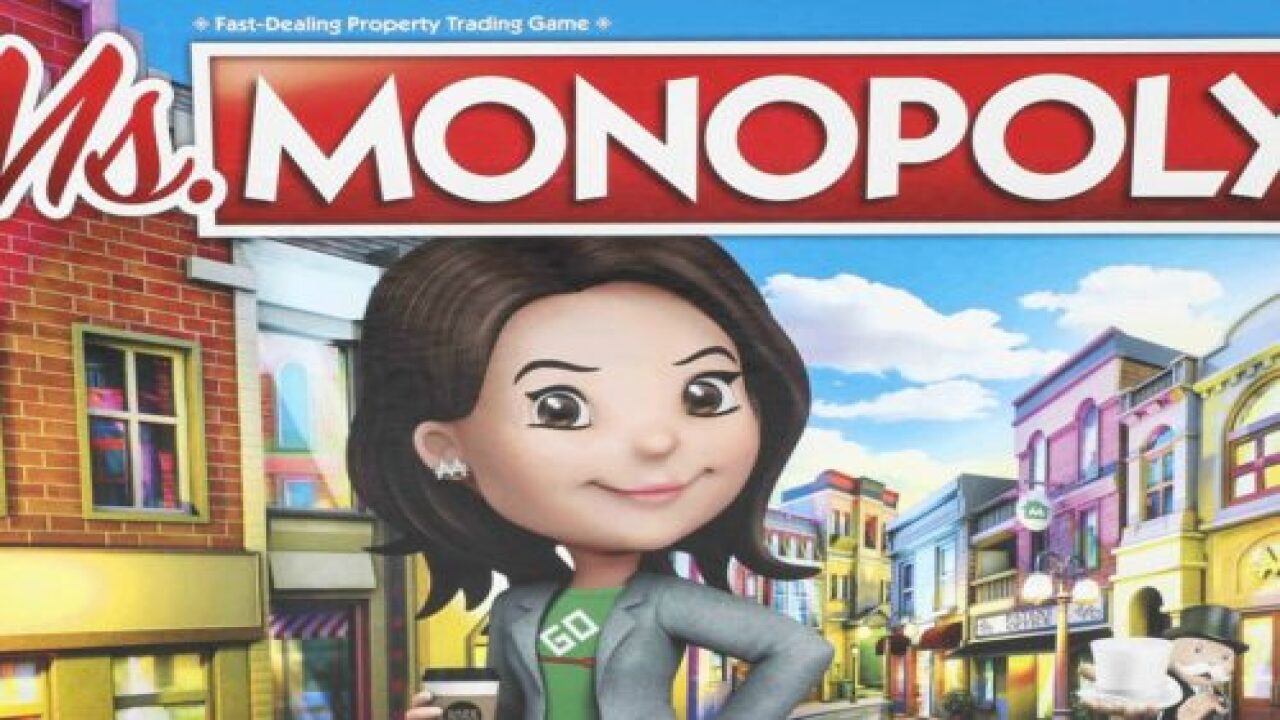 Instead of buying properties as in traditional Monopoly, players purchase inventions made by women — everything from Wi-Fi and chocolate chip cookies to bulletproof vets, solar heating and shapewear.

Designed for ages 8 and up, Ms. Monopoly can be played with two to six players, who can use the tokens of a notebook and pen, a glass, a watch, a barbell, and a white hat. This last token is meant to symbolize the passing of Mr. Monopoly’s empire to his niece, Ms. Monopoly.

The game is available at Walmart for $15.99 and features an image of Ms. Monopoly on the box. Its suggested retail price is $19.99.

The game also features a twist, which is designed to be the opposite of reality. This particular twist has gotten the game some critics, though.

“Ms. Monopoly is the first-ever game where women make more than men – a fun new take on the game that creates a world where women have an advantage often enjoyed by men,” the press release says. “But don’t worry, if men play their cards right, they can make more money too.”

This version of the game gives female players more money at the outset and each time they pass “Go.”

In celebration of the new release, Hasbro surprised three teenage female inventors and entrepreneurs with a $20,580 total investment in their projects. That figure is the same amount of Monopoly money in the game.

“Through the introduction of Ms. Monopoly and the money these young women have received to invest in their future projects, we want to recognize and celebrate the many contributions women have made to our society and continue to make on a daily basis,” Jen Boswinkel, senior director of global brand strategy and marketing at Hasbro, said in the press release.

Will you be getting a copy of Ms. Monopoly for your family?