New Tequila Soda Cocktails In A Can Sound Perfect For Spring 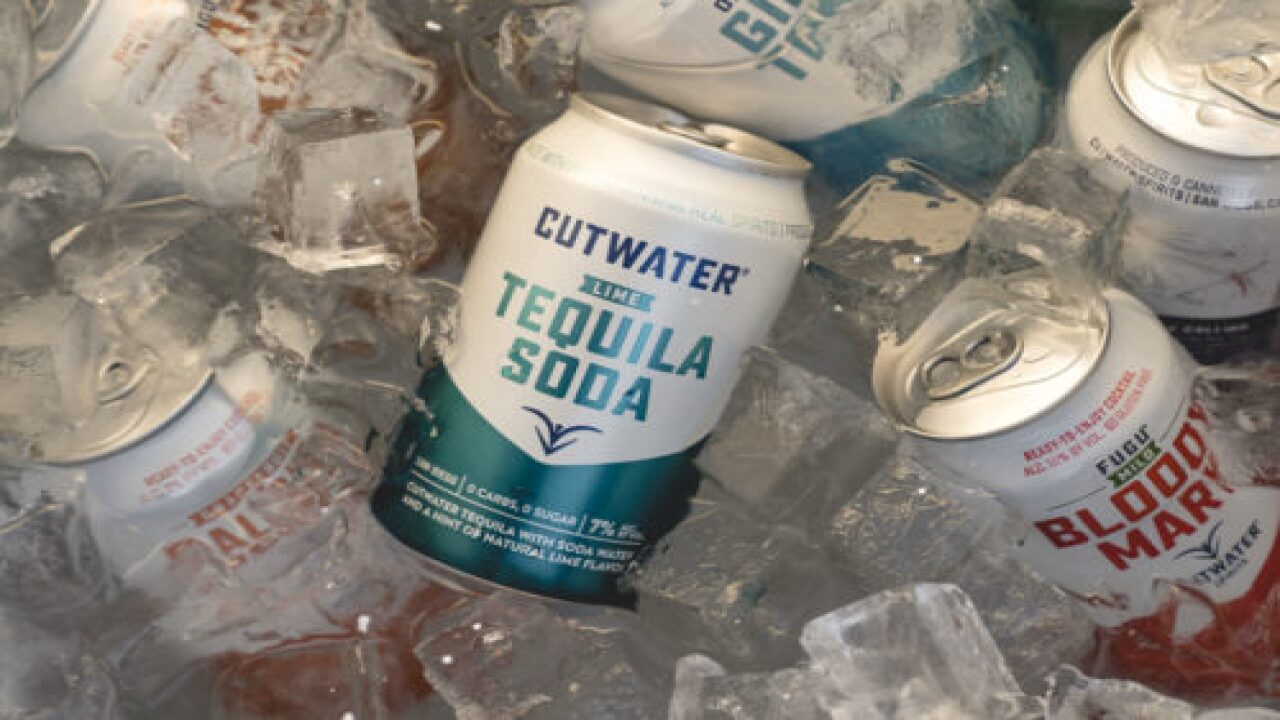 For too long, beer has had an unfair advantage. Because it’s so easy to transport, you could just reach into a cooler at the beach, a backyard barbecue, or while on a camping trip and pull out a cold can.

But, canned mixed drinks made with high-end spirits have become a pleasant offshoot of the craft cocktail movement and are proving that they, too, deserve a spot in the cooler. Trust me, the best-canned cocktails are a far cry from the malted sugar bombs and cloyingly sweet wine coolers you might remember from the 1990s.

Cutwater Spirits, which has its own lineup of liquors it uses for its canned cocktails, just announced its addition of a canned Tequila Soda, hitting retailer shelves now. The canned cocktail has just 130 calories, zero carbs and zero sugar. It has a 7% ABV and costs $9.99 for a four-pack of 12-ounce cans.

Cutwater Spirits says it teamed up with a family-owned distillery in the Mexican state of Jalisco to create a customized tequila using a proprietary still and Cutwater’s own whiskey barrels for aging.

Anyone else dreaming of the temps warming up so we can enjoy a tequila soda, inspired by the Southwestern staple “Ranch Water,” poolside?

As a tequila enthusiast (I’m in the process of earning my tequila sommelier to become a tequilier!), I love an agave-forward cocktail and have become a devout fan of Cutwater’s canned Lime Margarita. This says a lot because I’m so picky about margs that I’ve been known to ask if I can come behind the bar and make my own.

At home, I rim an iced glass with salt and pour in Cutwater’s Lime Margarita. With a hint of orange, it’s a perfectly tart drink. If I want to gussy it up, though, I add the canned margarita in a shaker with 1/2 ounce of Pama Pomegranate Liqueur, squeeze in fresh juice and fresh lime, and pour over a salted rocks glass with ice.

Cutwater’s Tequila Soda is available in most states now. It can be purchased where Cutwater Spirits are sold. If you’re having trouble locating a source, email wheretobuy@cutwaterspirits.com.

Of course, Cutwater Spirits isn’t the only company making alcoholic drinks super-convenient through canning. Pampelonne makes fruit flavors mixed with French wines, Malibu created a piña colada in a can and the hard seltzer craze has left the “fad” stage with a market that’s poised to triple by 2023.

We’re here for it! Are you looking forward to warmer days with a canned cocktail by your side?