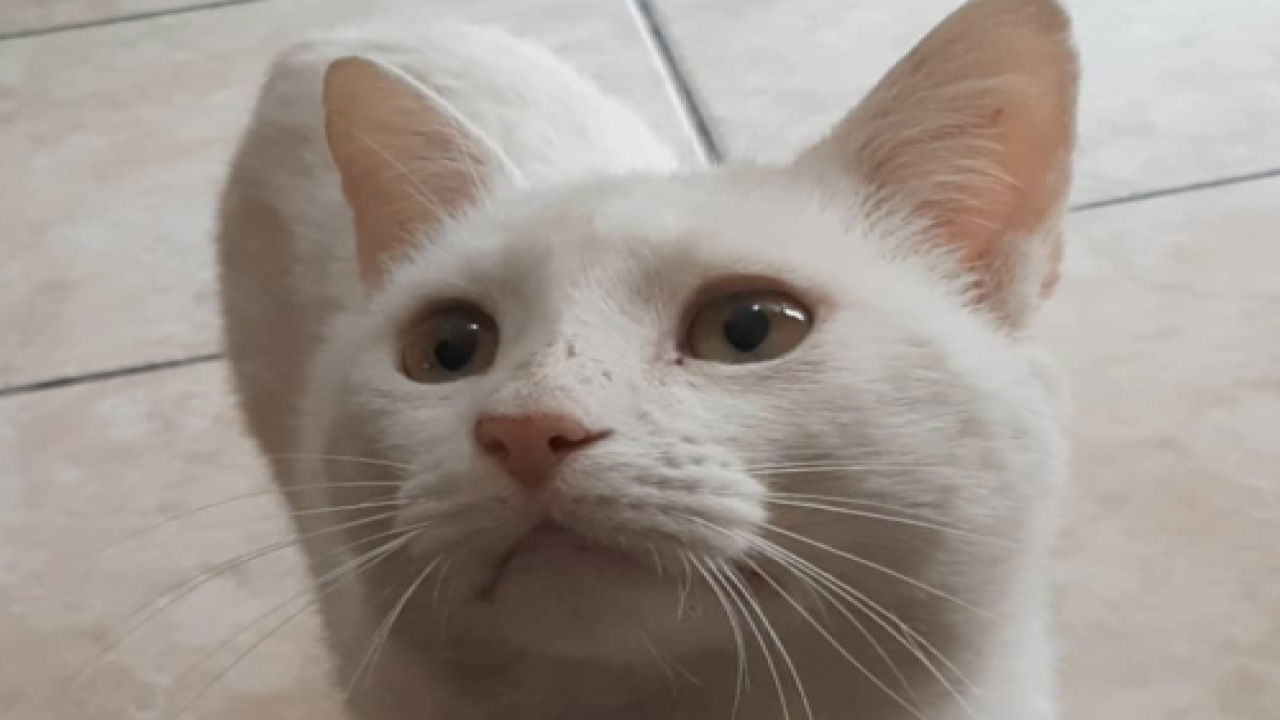 Our animals have a way of letting us know what they want, even though they don’t speak human in the traditional way. If you have pets, you know just how clever they can be with their communication.

A stray cat in Piedras Negras, Mexico, led a woman inside a convenience store, used his paw to point to the exact cat food he wanted and, in the end, won himself a forever home with her.

Tania Lizbeth Santos Coy Tovar, a primary school teacher in Piedras Negras, stopped outside a store to greet the friendly all-white feline sitting outside. In the video she posted to Instagram, you can hear her say, “Hola, gato!” to the kitty as she gives him loving scritches on the top of his head.

This feline’s sweet, and also no fool. He knows he has a cat person on his hands. But what happens next is impressive. He leads her to the convenience store’s door, which she opens for him. He walks in, then leads her straight to the pet food aisle and raises a paw to the food he wants, which Tovar grabs for him with a little laugh.

In the video, you can see that the kitty is missing his tail, and he looks a little rough around the edges. It’s clear he’s been living on the streets but would rather hang out with an affectionate human — and how could you not fall in love with this smart little guy?

Tovar took him home, named him Conejo, which is Spanish for Rabbit, and got him some much-needed medical care. In another post, she explained that while he’s looking terrific in his latest pictures, he had quite a few wounds from life on the streets that still needed to heal. It was a great lesson in having respect, love and empathy for other beings, she wrote.

Poor guy. But Conejo is looking oh-so-handsome now that he has his forever home:

Conejo didn’t just get a home and a human best friend out of this deal. He also now has a friendly feline little brother named Zulem:

This happy ending to the story of how Conejo found his forever home is giving me all of the feelings, especially hope. In her latest post, Tovar posted a photo of Conejo watching the sun set and wrote that they were sending out strong cat hugs to everyone in these difficult times.

Cat hugs all around!