‘Grace And Frankie’ Renewed For A Final Season On Netflix 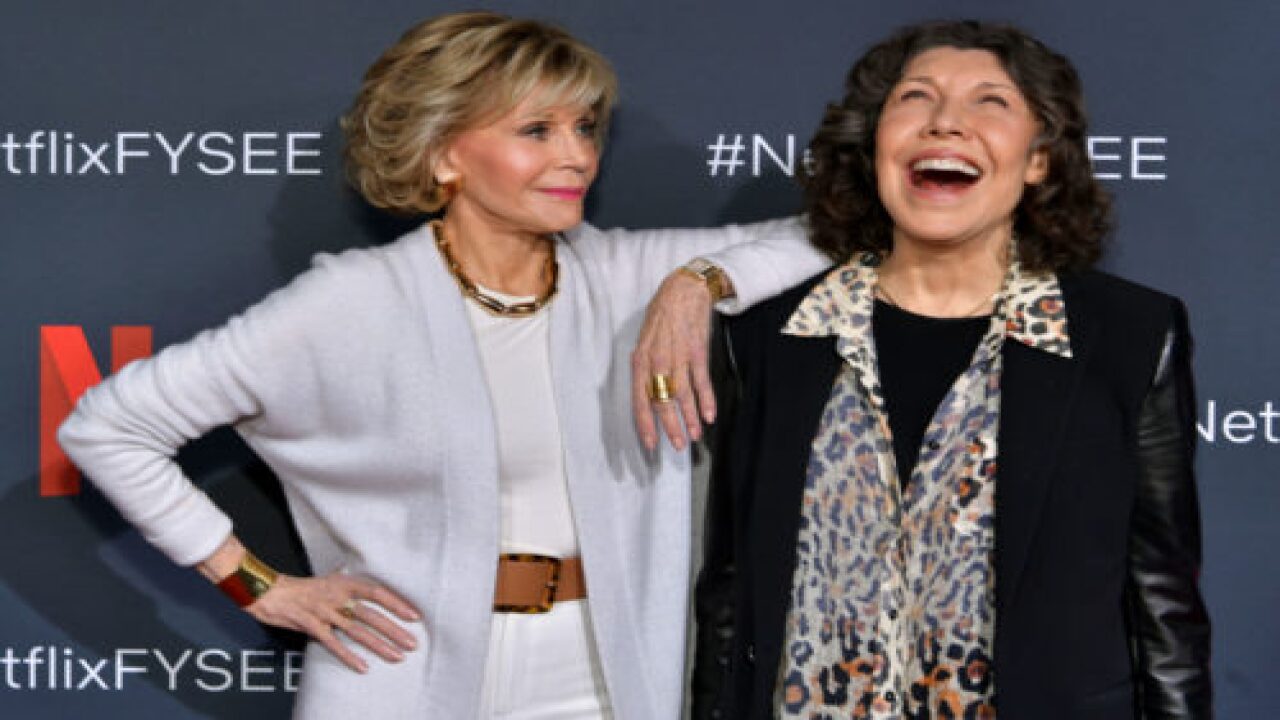 Jane Fonda and Lily Tomlin have delighted Netflix subscribers in “Grace and Frankie” for five seasons so far, and the fun will continue for two more.

After a sixth season was announced earlier this year, Netflix recently revealed that a seventh season of the comedy would also be coming soon. But the announcement of a seventh season was bittersweet, as Netflix said it will be the show’s final. Fonda and Tomlin issued a joint statement saying they will “miss these two old gals,” referring to their characters on the series.

The good news for fans of the popular streaming show is that there are plenty of new episodes that are still to come before it all ends. Season six will premiere on the network in January 2020. We haven’t heard a release date for season seven yet. That means these characters will most likely stay in our lives a couple more years.

When it’s over, “Grace and Frankie” will have aired the most episodes of any Netflix original series. That’s one of many accolades the show will receive — it’s also had 11 Emmy nominations already. The show has also earned six Screen Actors Guild Award nominations, and Tomlin received a Golden Globe nomination for her starring role.

It’s safe to say the show is well-liked!

When talking about the show’s impending finish, Fonda and Tomlin also told ETOnline they are grateful the storylines of “Grace and Frankie” have been issues that connected with their generation.

While Fonda and Tomlin have the lead roles, they aren’t the only duo that’s stealing the hearts of fans of the show. Martin Sheen and Sam Waterston play Robert and Sol, the women’s ex-husbands who leave them to marry each other.

Their coming out and being together is what forces the unlikely bond between Fonda and Tomlin’s characters. “Grace and Frankie” is a change for both Sheen and Waterston, who have had a more dramatic stage presence on television in the past with Sheen in “The West Wing” and Waterston in “Law & Order.”

It’s been a pleasure meeting all the adult children on “Grace and Frankie,” too, and following some hilly storylines throughout the fun and poised series. We can’t wait to see what awaits this talented cast in the final two seasons.