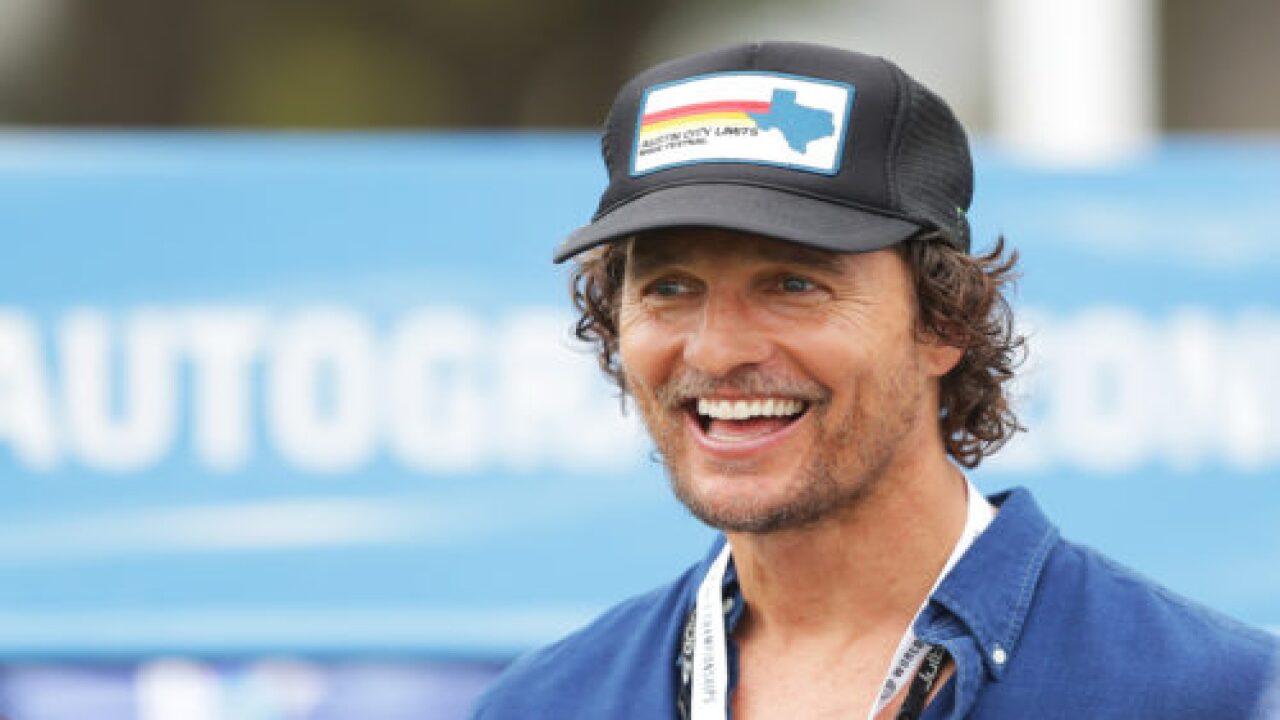 All right, all right, all right — class is in session. Actor Matthew McConaughey is officially adding another major accomplishment to his resume. Starting in the fall, he will be a professor at the University of Texas at Austin. He will join the Moody College Faculty for the fall 2019 semester, teaching a class called Script to Screen.

Not only did the born-and-bred Texan graduate from UT at Austin with a film degree in 1993, but he’s been getting practice as a professor since 2015. He’s served as a visiting teacher at the university since that time, working with faculty member Scott Rice to co-teach the Script to Screen class.

But now, he’s ready to take the reins. For the fall 2019 class, he’s developed the curriculum to create a class he would have liked to take when he was a student.

“It’s the class I wish I would have had when I was in film school. Working in the classroom with these students gives me a chance to prepare them,” McConaughey said in a press release. “Making movies, turning words on paper into film, is both a science and art – no matter the time or generation. The elements of truth and genuine joy for the process are timeless. That will always be our classroom focus.”

Considering he’s had quite a bit of practice going from script to screen as both an actor in films such as “Dallas Buyers Club,” “Interstellar” and “The Wolf of Wall Street” as well as a producer on the “True Detective” TV series, McConaughey has just the kind of real-world experience to bolster his teachings in a classroom setting.

And even beyond that experience, his enthusiasm for teaching will help him excel as a professor. “He has a passion for teaching, and for all things cinematic, that is palpable, even infectious,” said Noah Isenberg, chair of UT’s department of radio-television-film, in the press release.

Students enrolled in the class for fall 2109 have studying films such as “The Gentlemen” and “Mud” to look forward to. According to the press release, director Jeff Nichols is also scheduled to visit.

Considering one of McConaughey’s not-so-secret secrets to success is “filling in the gaps” where he can, he’s bound to be able to help film students with that from script to screen and everywhere in between. In an interview with Vulture, he explained his process for ensuring the performance he was going for actually translates to the audience.

“There’s a gap between what I want to do, what I do on-camera, and what gets edited. Right? So the goal is to try and close the gaps,” he told Vulture. “What’s the biggest compliment is if I read a review and it’s exactly what I wrote down in my diary before ever filming it. That’s really cool. That’s the biggest signifier of closing the gaps,” he explained. “If I’ve written in a diary about a character, ‘This is who this guy is,’ and then I read a review two years later and they write almost word for word what I wrote about that character before I ever did it? Then I go, [claps] ‘Now we’re on to something! It translated!'”

Here’s to all those who are lucky enough to be learning a thing or two from McConaughey!