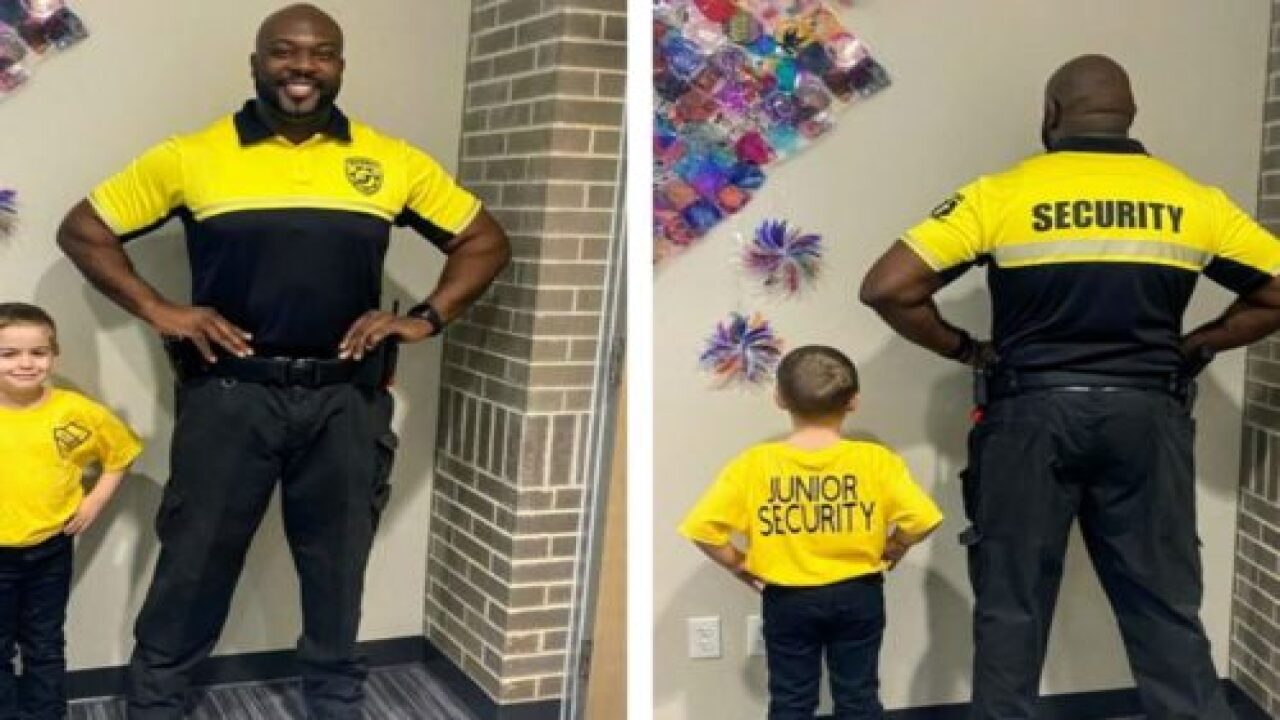 Bobby G. Lester Elementary School in Jacksonville, Arkansas, gave students an opportunity to pay homage to their heroes with “Dress As Your Favorite Person Day.” And on that special day, one kid — 5-year-old Easton Blocker — knew exactly whom he wanted to emulate: school security officer Jeffrey Cross. Easton’s mom, Lauryn Blocker, was not surprised by his choice, as she’s well aware of the kindergartner’s fascination with Cross.

“He’s infatuated with Officer Cross,” she told “Good Morning America.” “He will tell you, ‘That’s my best friend!'”

To pull off the look, Easton wore a yellow shirt to match the one Cross wears at school. Lauryn even pasted the words “Junior Security” on it in vinyl letters.

The school district took to Facebook to share photos of the duo in their matching getups, and they’re too cute:

“Check this out!” reads the post. “Today is ‘Dress As Your Favorite Person Day’ at Lester Elementary. Kindergarten scholar Easton dressed as Officer Cross, his favorite school security officer.”

For his part, Cross was super-flattered by the youngster’s choice.

“It makes me appreciate my job more,” he told THV11. “Just for the fact that he shows his appreciation and he hugs me every day when he sees me every morning. It really makes my day.”

Cross says that Easton took a liking to him at the beginning of the school year and the two became fast friends. Cross even came to Easton’s house to play kickball with him. Lauryn was so touched by her son’s devotion and wanted to show her appreciation for Cross as well.

“For someone who my son looks up to so much, I’m going to say, ‘Hey, this is how much he adores you,'” she told “Good Morning America.”

What a sweet story! We’re so glad these two have each other.