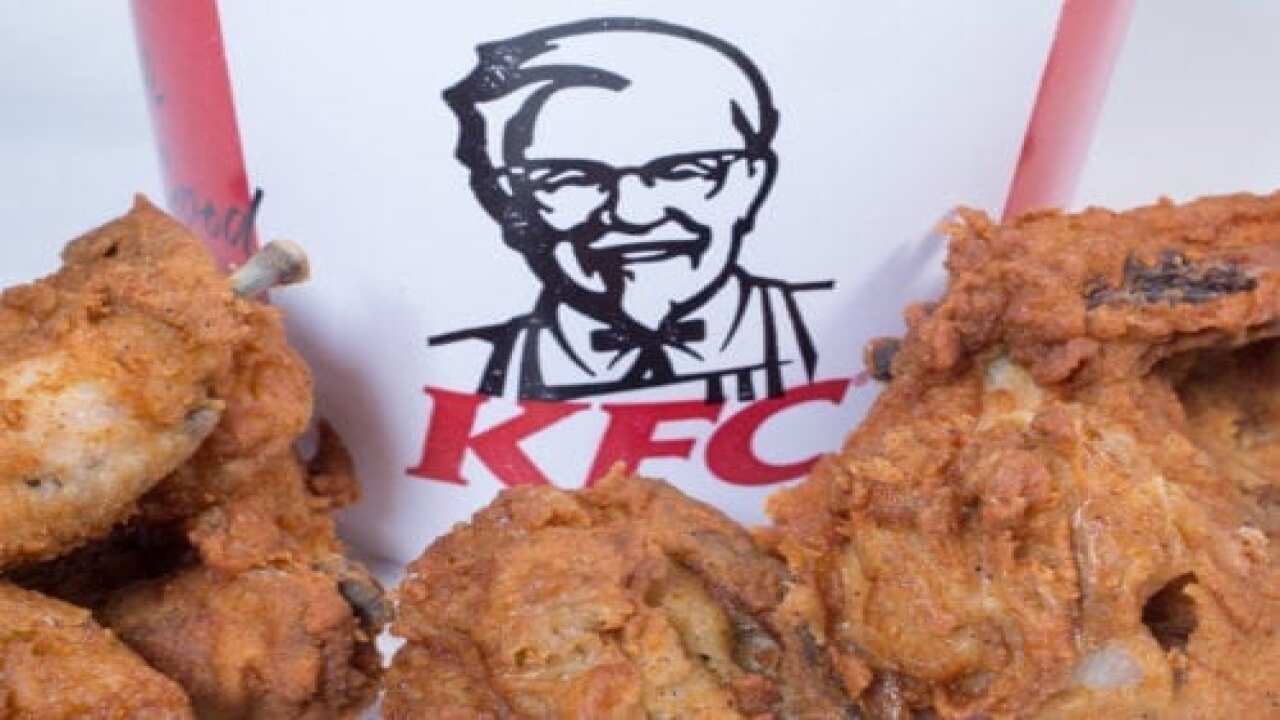 I’ve been a vegetarian for 11 or so years and while it’s pretty easy 90 percent of the time, I do run into some hang-ups once in a while. It’s rare to go into a restaurant and not be able to find something to eat — but fast food is a different story.

Even some French fries have natural beef flavoring, so it is a bit tough if you’re an on-the-go person who likes to stop for a quick bite during a busy day. While not being able to eat fast food has admittedly made me heathier, I will also admit that I sometimes miss it.

Luckily, some fast-food restaurants have noticed the issue for vegetarians and are adding new menu items so non-meat eaters can enjoy good old fast food. Carl’s Jr.’s has a Beyond Meat burger and earlier this year, Taco Bell began testing a dedicated vegetarian menu (although they already have tons of vegetarian options).

And now, KFC is joining them to become the first national U.S. quick-service restaurant to introduce a plant-based chicken. That’s right, fellow veggie-lovers, in partnership with Beyond Meat, KFC just tested new finger lickin’ good Beyond Fried Chicken in Atlanta!

The chicken was offered at one location in Atlanta on Aug. 27 for free with the purchase of any other item. It was available as a nugget with choice of dipping sauce or boneless wings tossed in one of three sauce options: Nashville Hot, Buffalo or Honey BBQ.

The meatless fried chicken was first tested in the U.K. last year, with KFC saying if all went well with the test, they hoped to launch the new vegetarian option in 2019.

KFC even changed the testing location’s whole look to celebrate the concept, which was posted to Beyond Meat’s Twitter feed:

Really digging this look @kfc. Atlantans, come get the first taste of #BeyondFriedChicken at this KFC near SunTrust Park in Atlanta, GA (while supplies last).

And there’s definitely some excitement around this idea. Twitter user @tastetefi69 reflects this:

Me when the Beyond Meat KFC buckets come out pic.twitter.com/8x3KkXqWxU

And there were lines when the Beyond Meat chicken appeared yesterday! Although the promotion was meant to go from 10:30 a.m.-6:30 p.m., Twitter user @HeyAshleyRenne posted there was a two-hour wait and the location was going to be sold out by mid-afternoon. She reported later that her husband liked the taste.

2 hour wait and line wrapped around the building at @kfc for this Vegan chicken here in ATL y'all. They cut off the drivethrough and will be sold out by 3pm. #BeyondFriedChicken ð± pic.twitter.com/Fbt86rwZgk

This Twitter user, @MsVHill, referenced the chicken sandwich wars going on between Chick-Fil-A and Popeye’s in her post noting how long the line was. She posted later as well with a quick review, saying, “Well, you know how they say everything tastes like chicken … this didn’t, and I’m a HUGE fan of Beyond burgers …”

This picture of a bite of the plant-based chicken nugget was posted by @FastFoodMaven, along with a real piece of fried chicken for comparison:

In case you're curious: Here's what KFC's plant-based boneless chicken "wing" looks like after a bite, shown bottom. It's definitely white. I placed a chicken tender on the top to compare. https://t.co/WLsTOWd0Vm #BeyondFriedChicken pic.twitter.com/QVqjy185ZZ

But many people seemed to like it. Twitter user @Butterfly_Bars said, “I must say … I’m not a hater!”

I tried the @BeyondMeat @kfc fried chicken in #Atlanta … and I must say … I’m not a hater! Lol ðð½ if you’ll eat @McDonalds or @Wendys nuggets … you can go greener and eat these instead! âð½#BeyondFriedChicken pic.twitter.com/GtvFDVXBqA

Customer feedback from the Atlanta test will be considered as KFC evaluates a broader test or potential national rollout. If the Beyond Fried Chicken is added to the menu nationwide, will you be trying it?