Katy Perry And Orlando Bloom Are Expecting Their First Child Together 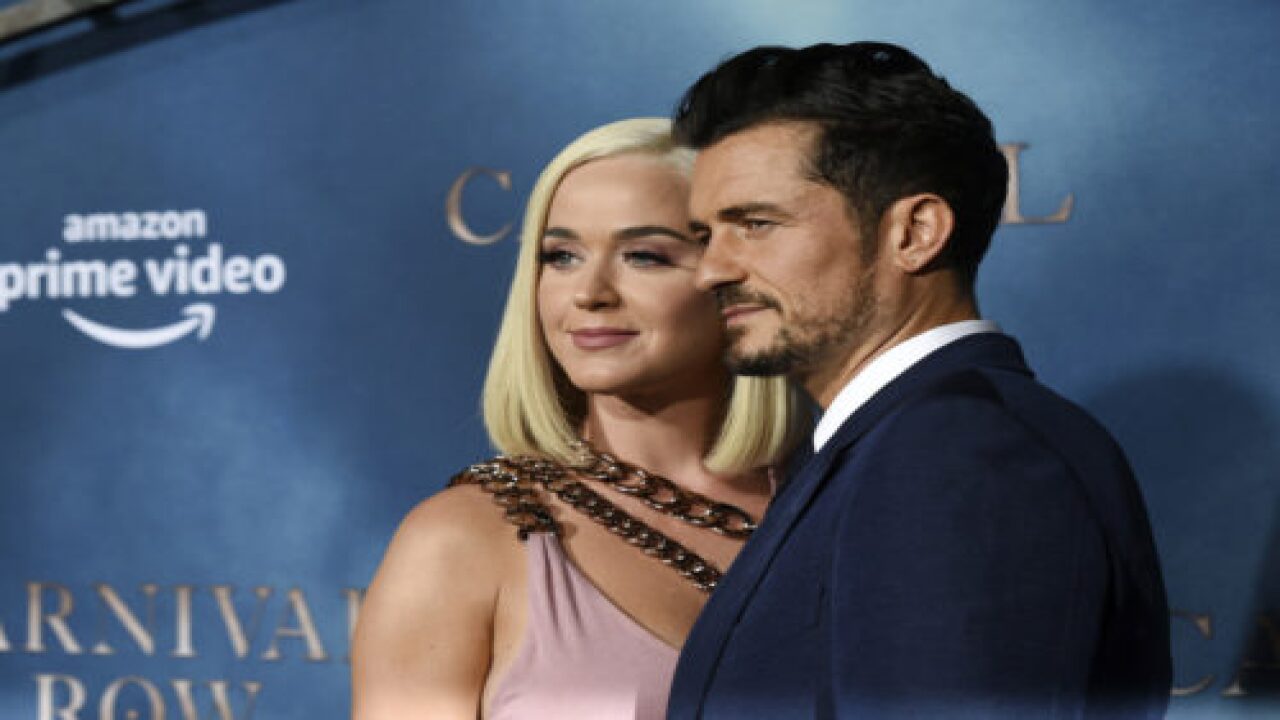 Here’s some news we didn’t see coming: Katy Perry and Orlando Bloom have a baby on the way!

The stars announced the pregnancy in perfect pop-star fashion, with a surprise reveal of Perry’s cute baby bump in her latest music video.

Released on Wednesday, the video for “Never Worn White” hints at the happy news from the start. Perry belts out the romantic ballad while wearing a very structured — and gorgeous — white gown that discreetly disguises her midsection.

She also croons lyrics like, “See us in 60 years with a full family tree” atop a heap of flowers cascading from her body, complete with gigantic floral headpiece. (This part gave me major Beyoncé-pregnancy-announcement vibes.)

As the song concludes, the final shot shows Perry wearing a sheer, diaphanous dress and cradling her obviously pregnant tummy. Watch for yourself on YouTube:

She confirmed the news over Twitter, saying she was glad not to have to “suck it in” anymore or carry a big purse,

As a fellow baby-haver, I must say — she did a great job hiding that little bundle! She looks like she’s well out of the first trimester.

The baby will be the first child for Perry, who was previously married to Russell Brand; Bloom has a son from his previous marriage to model Miranda Kerr.

The couple started dating in 2016. After a brief breakup, the two reunited in 2018. Bloom proposed to Perry on a scenic Valentine’s Day helicopter ride in 2019, and they remain engaged today.

No word yet on when the couple will make it official, but rumors are swirling after this week’s big announcement. Will there be two ceremonies? Will they keep it simple and small? Bloom and Perry are keeping mum, although People reports that the two had plans to wed in Japan until the coronovirus (COVID-19) hit.

Nonetheless, Perry’s fans were “Roar”-ing on social media about the happy news. User @MikeAdamOnAir feels like Perry is entering a new phase of her life and career:

Maybe I'm completely off here but it seems like @KatyPerry's rearranged her priorities. She's in love, starting a family & not letting the music biz dictate her life. It seems like she's just releasing music when she feels like it… and it's her best stuff since 'Teenage Dream'.

@swiftpropaganda — a Taylor Swift fan account! — got all emotional:

We really grew up with 23 yr old Katy Perry writing and releasing successful hits that defined our childhoods, and now she’s happily engaged and pregnant with the love of her life at 35 yrs old. Forever proud of this woman #NeverWornWhite pic.twitter.com/FRvIFpHKVn

@witnesschiara saluted Perry’s skill at protecting her belly from photographers:

On Twitter, Perry thanked her fans for all the support.

love u guys so much. was a bit nervous about sharing something so personal like the song n the bump n I hv never gotten this much love n support, it’s overwhelmingly lovely. thank u ð¥º♥ï¸ #NeverWornWhite #babycat

According to Perry’s Instagram post sharing the new video, it’s “going to be a jam-packed summer” — perhaps a reference to her due date.  There’s speculation that she could release an album this summer, too.

Congratulations to the parents-to-be! We can’t wait to see the baby pictures.