A ‘Hocus Pocus’ Board Game Is Coming Soon 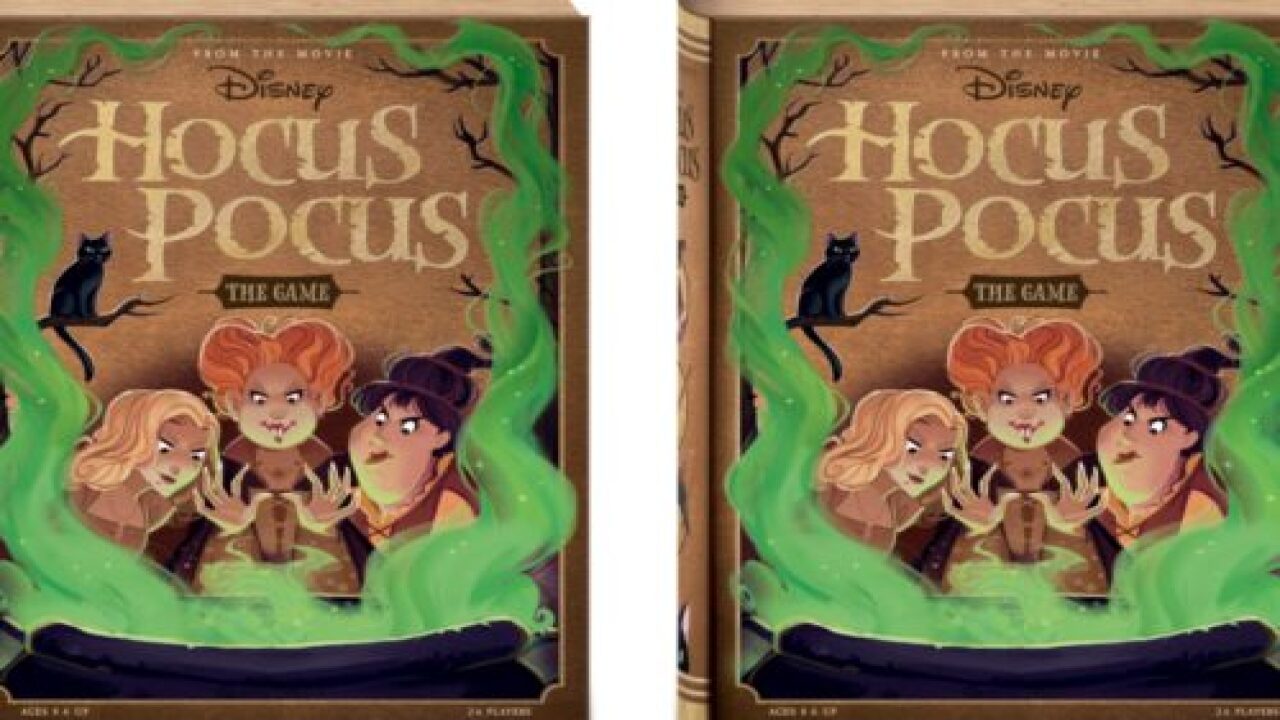 It’s not even officially spring yet, but if you’re like me, you’re already looking forward to fall. From the weather to the colors and (of course) Halloween, it is by far my favorite season and I have no shame in wishing the year would go faster so I can get back to pumpkin spice lattes.

This summer, however, we will all be treated to a dose of fall and Halloween fun thanks to a brand new “Hocus Pocus”-themed board game featuring some true Halloween icons — the Sanderson Sisters!

Hitting stores nationwide in August, “Disney Hocus Pocus: The Game” challenges fans of the hit Disney film to work together to stop the Sanderson Sisters from draining the lives of Salem’s children by ruining their potion before sunrise — just like in the film.

For 2-6 players ages 8+ and over, the game comes in a book-shaped box just like Winnie’s beloved spellbook. Inside, you’ll find a cauldron-shaped board game, 50 ingredient cards, a witch board, 13 spell cards, a sun token, a stun token, four trick tokens and a painted wooden game piece for Binx, the talking black cat.

While you can find all sorts of goodies to buy to show off your love for the film and the Sanderson Sisters, this appears to be the first board game about the trio ever to be sold at retail. Ravensburger, which made the game, has not said yet where you’ll be able to find the product when it is released, but it’ll be available for around $19.99.

Disney’s “Hocus Pocus” has become a bit of a cult classic and phenomenon in recent years, despite it not exactly being a hit when it debuted in 1993. While it’s been a must-watch for me for the majority of my life, it had surprisingly poor reviews when it was released and came out in July, a bit early for Halloween, which may have also contributed to its lackluster beginnings.

The movie is getting new life, though, now that a sequel has been greenlit for the Disney+ streaming service. This board game may come out just in time to whet our appetite for the new film! In the meantime, you can catch the original on Disney+, too.

Are you a fan of “Hocus Pocus“? Will you be picking up this game when it hits stores?