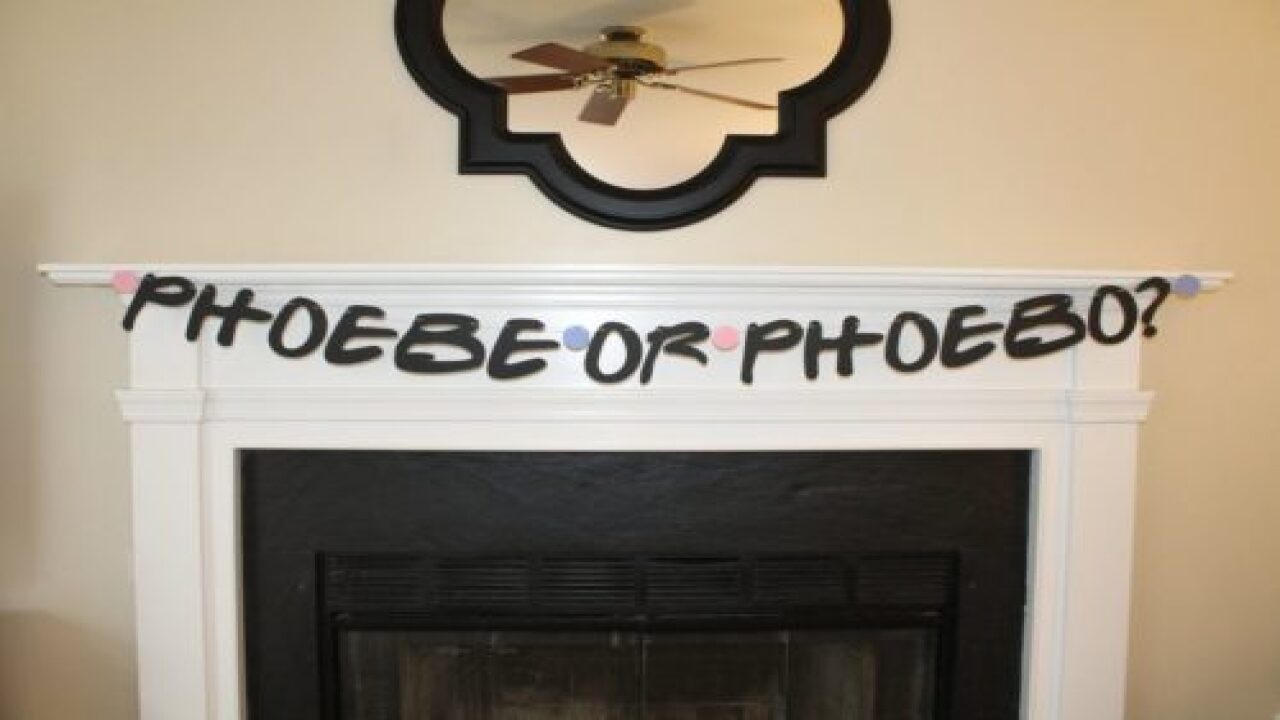 “Friends” continues to be a TV talking point — despite the fact that the beloved sitcom ended over 15 years ago — thanks to last year’s 25th-anniversary celebrations and the recent news that the cast will reunite for an hour-long HBO special, to be aired later this year.

So, of course, the “Friends”-related merchandise just keeps on coming. One of the latest products to catch our eye is the gender reveal banner from Etsy store CraftyCurlsShop ($28) that references one of the funniest lines from the show.

Choosing a baby name is a big deal for all parents-to-be, and it’s one of the most fun parts of playing the waiting game. (It beats heartburn and swollen ankles, that’s for sure.) Like many people, “Friends” duo Ross Geller and Rachel Green found that picking the perfect moniker was a tough task.

In one of the show’s best episodes of all time (season eight, episode 13), Ross and pregnant Rachel are on the couch at Central Perk with Phoebe, mulling over possible names for their baby. Unfortunately, they each hate every name the other suggests. So Phoebe decides to lend a helping hand with her suggestion: “If it’s a girl, Phoebe. And if it’s a boy, Phoebo.”

Later on, when Ross and Rachel attend an ultrasound appointment, they mention Phoebe’s interesting baby name ideas and the doctor can’t help but plead, “I know it’s really not my place, but please don’t name your child Phoebo.”

Whether you’re into the idea of gender reveals or not, you can’t deny that this is one of the best banners you’ve seen.

It’s not the only “Friends”-themed banner available on CraftyCurlsShop at Etsy. In fact, there’s one for every possible occasion, such as this one for baby showers that plays with the title format of every “Friends” episode.

And there’s a clever, personalized banner for graduation celebrations, too.

You can even get a customized banner of whatever text you’d like in the “Friends”-style font. So, go ahead — pick your favorite quote and hang it up the next time you’re binge-watching your favorite season.

Of course, once little Phoebe or Phoebo arrives, there is plenty of “Friends”-specific stuff to give them, such as this onesie ($11) from CoolDesignsByTina that riffs on Chandler’s famous line.

Or this bib that references the show in an assortment of illustrations, including images of the Central Perk couch and the water fountain from the opening credits.

This piece of “Friends”-related baby gear is available on Etsy from PennyBeas for $7.63.

Will you pick up some Etsy gifts for your “Friends”-loving friends? There’s no better way to let someone know, “I’ll be there for you!”