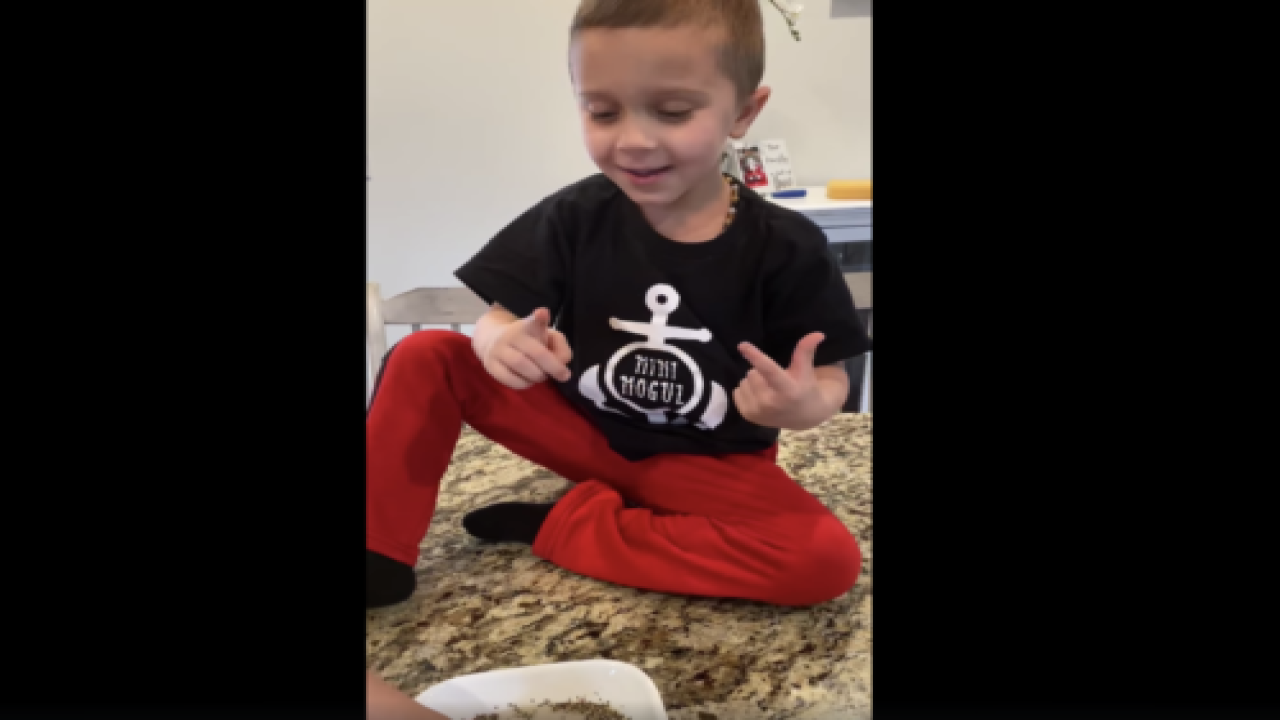 Need another teaching tool to get your kids to wash their hands? A fairly recent viral video shows a simple but powerful way to get your point across.

Facebook user Kelly Rose Sarno shared a short video on Feb. 13 of her two young sons testing out the seemingly magic power of soap with just a bowl, water, pepper and some Dawn dish soap.

Sarno shakes pepper into a bowl of water to represent germs and then asks her two boys to each put one finger into the bowl. The pepper “germs” stick to their fingers. But when they apply soap to their other finger and put it in the water, the pepper immediately scatters away from the soapy digit.

Why? Soap lowers water’s “surface tension,” causing water droplets to become weaker and break apart, rather than stick together. This is why soap is so effective in cleaning and removing germs and dirt.

Facebook commenters were amazed at the simplicity and straightforwardness of the pepper-water-soap trick.

“That’s the perfect visual to teach my kids why washing hands is important,” wrote Facebook user Kristy Eaglen. “Thank you for the tip!”

There are other visuals that can work just as well to teach kids about the importance of using soap when they wash their hands. Preschool teacher Katherine Salo Webb commented on Sarno’s post that you could also put oil and glitter on kids’ hands and have them try to remove it in three different ways: First, have them attempt to wipe it off with a paper towel. Then, have them rinse their hands with water. And finally, have them wash their hands with both soap and water.

Other people have been using this simple experiment to show kids why they need to lather up with soap when they clean their hands, especially now during the current coronavirus pandemic. A Miami teacher demonstrated the activity to her preschoolers, and the video took off.

Learning about the importance of washing our hands!ð§¼ I wish you all could’ve seen how truly shocked they were that the “virus,” (pepper) moves away from the soap! So much fun and very informative! The things you learn from #TikTok ð #prekactivities #coronaviruspreventiontips #dabbooratnani

The current Centers for Disease Control and Prevention handwashing recommendation is to thoroughly clean your hands with soap and water for 20-30 seconds.

Hopefully, this fun experiment will get more kids doing just that!