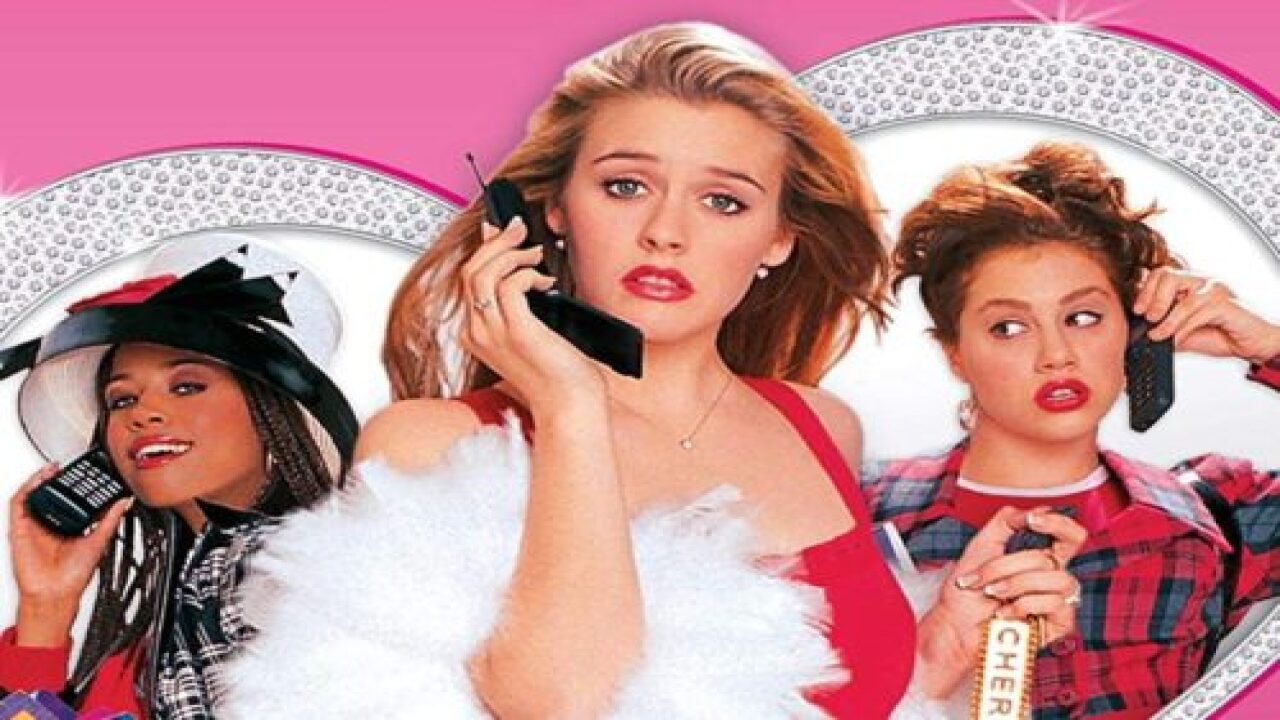 You’ll be totally wiggin’ over this news: Iconic teen movie “Clueless” is coming back to theaters, meaning you can celebrate the film’s 25th anniversary by enjoying it on the big screen.

Originally released on July 19, 1995, the Jane Austen-inspired film made Alicia Silverstone a household name. She played Cher Horowitz, a privileged Los Angeles high school student in a box-office hit that pulled in $56.6 million. “Clueless” featured fashion and slang that influenced a generation and revitalized the teen movie genre.

The anniversary screenings of “Clueless” will be shown on May 3, May 4 and May 6 at around 700 theaters in North America, thanks to Fathom Events and Paramount Pictures.

And that’s not all. There will be a special pre-show presentation explaining the film’s memorable slang. If you’re still not sure what Bettys and Barneys are, this is your chance to learn!

To buy tickets and find a theater near you showing the cultural phenomenon, you’ll want to visit the Fathom Events page. Tickets are generally being sold for 4 p.m. and 7 p.m shows on May 3, and 7 p.m. shows on May 4 and May 6, but local show availability may vary.

There’s more good stuff for “Clueless” fans to look forward to. A TV reboot of the film is currently in development at CBS, although it won’t have Cher as its focus. According to Deadline, the adaptation will focus on Dionne, who was played by Stacey Dash in the movie and in the 1996 TV adaptation.

The story, by “Will & Grace” writers Jordan Reddout and Gus Hickey, is described as a drama set in L. A. complete with what its unofficial description calls “a baby pink and bisexual blue-tinted, tiny sunglasses-wearing, oat milk latteÌ and Adderall-fueled” look at modern teen culture — except that Dionne becomes “queen bee” and a mystery unravels about what happened to Cher. The project sounds perfect for The CW, which is among the networks and streaming services that have shown interest.

Can’t get enough of “Clueless?” There’s another 25th-anniversary event taking place — a pop-up restaurant opening later this month. Appropriately named “As If,” the pop-up launches March 31 on Santa Monica Boulevard in West Hollywood and runs Tuesdays to Sundays through May 8.

According to ABC7’s Eyewitness News, it will feature “Cher-able” drinks and snacks inspired by the film, along with set recreations and photos of the film’s most memorable scenes. Tickets are on sale now; for $35 you get an entree, a side, and 90 minutes in the restaurant.

If you’re going to see the 25th-anniversary screening in that area, why not extend the “Clueless” experience by going to the pop-up? We think Cher would approve.