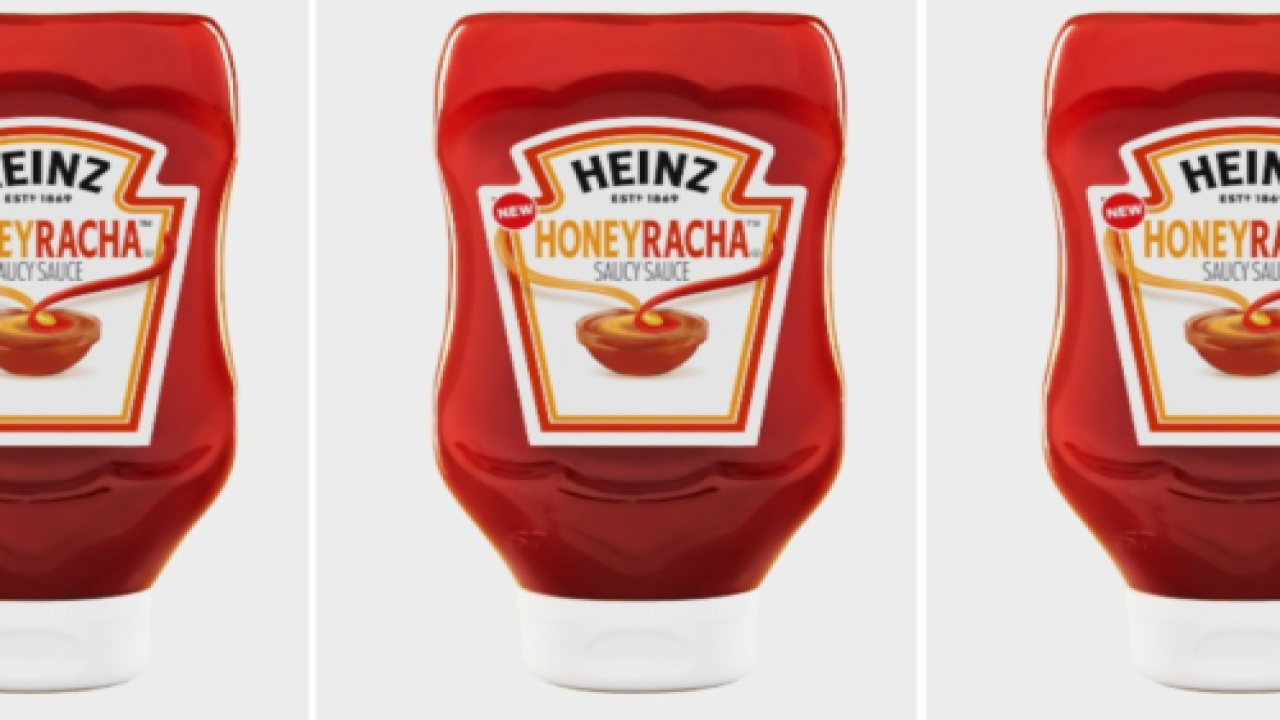 There are two kinds of ketchup fans in the world: Those that dip a french fry in it and those that dunk a fry to the point where it becomes more ketchup than potato. And then there are the hot sauce devotees, who put it on everything. Seriously, everything.

Now, Heinz has something new for you to try that might just take the place of your favorite condiment: HoneyRacha sauce. The new HoneyRacha sauce is not ketchup, but instead a blend of honey and Sriracha sauce that includes tomato puree and looks like ketchup. Heinz says is “tastes delicious on everything.”

Sweet and with a kick of heat, they suggest dipping your fries in it, but also using it as a glaze on veggies or basically anything your heart desires.

Heinz says they’re using their own special Sriracha sauce formulation for the sauce — so it’s not a mash-up of Huy Fong’s Sriracha sauce, nor is this a collaboration with the ubiquitous hot sauce with a rooster on the bottle.

Alongside the HoneyRacha, you’ll also find Heinz’s new MayoRacha, which is exactly like it sounds — a combination of mayonnaise and hot sauce. Heinz suggests trying it on a burger, sandwich or even as a sushi roll companion.

Hellmann’s is also dropping a new line of Drizzle Sauces that can be used to dip, drizzle or dress and add a punch of flavor to your favorite food, like tacos, breakfast sandwiches, vegetables or protein.

Which of these new condiment mash-ups are you most excited to try?