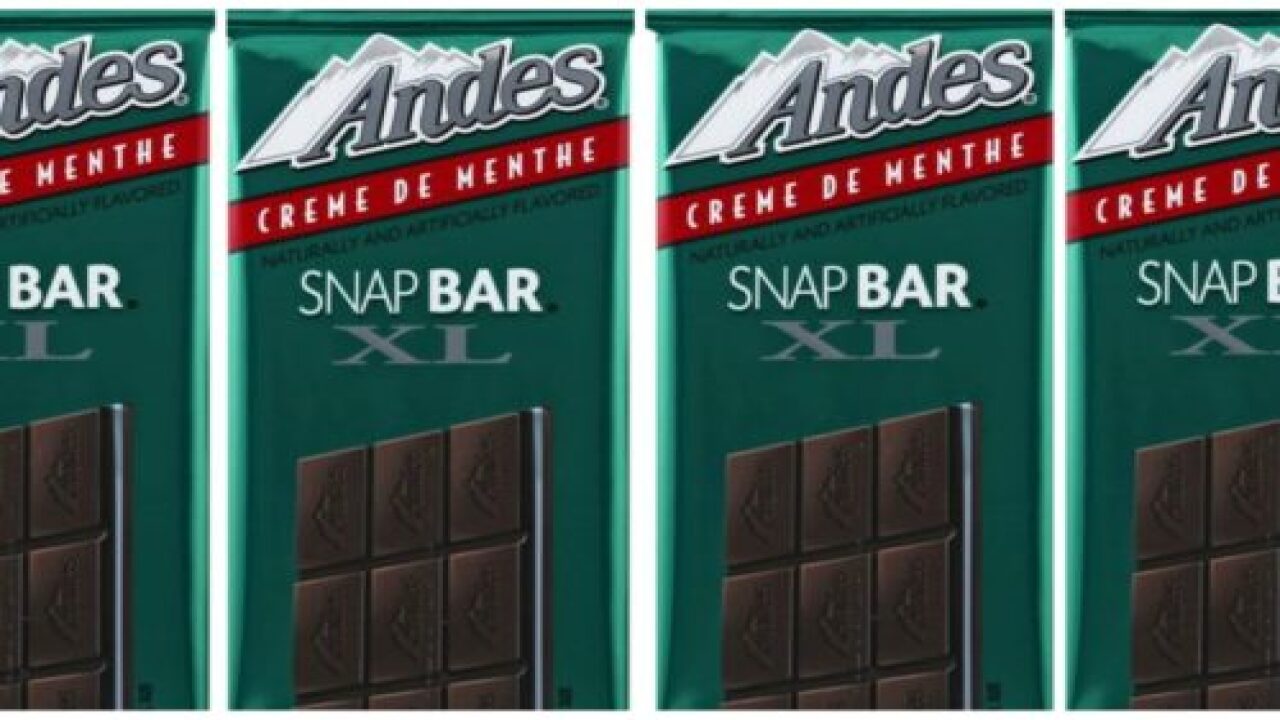 Going out to eat is fun for a lot of reasons — you get out of the house and you don’t have to cook or clean up the mess. But being able to end a meal with one of those tiny rectangular chocolate mints some restaurants (like Olive Garden) hand out with the bill is also pretty high on my list of reasons to not eat at home.

Those mints, called Andes Crème de Menthe, are served at a variety of restaurants and really put the finishing touch on a meal. The downside? The candy inside that iconic, shiny green wrapper is bite-size — so, one bite and it’s all gone.

The creators of the after-dinner treat are well aware of the sadness that ensues when that one bite is finished, so they have set out to correct the problem with a brand new, bigger creation: Andes Snap Bar XL!

Gone are the days of trying to sneak a second mint from the restaurant or fearing judgment for unwrapping multiple Andes mints in one sitting. The new Andes Snap Bar XL comes with 12 individual mints that can be snapped off when one (or two or three) just isn’t enough. And no, they’re not individually wrapped, so you won’t leave wrappers everywhere.

The best part? You don’t have to go to a restaurant to get it, as this new product is available pretty much everywhere, including convenience stores, Dollar General, Walgreens and Walmarts nationwide. It looks like they’ll be available for order through Instacart via various retailers, too. The candy bar sells for $1.68-$2, depending on location.

If the new Andes Snap Bar XL looks slightly familiar, it’s because Andes launched a bar with four individual mints in 2017. The new XL delivers eight more mints, however, so feel free to seriously dig in.

According to a company history page on Tootsie Roll Industries’ website, Andes mints were first created in 1950. The three-layer Crème de Menthe candy is the No. 1-selling after-dinner mint.

Andes joined the Tootsie Roll family in 2000 and over the years has expanded the brand to include a variety of other flavors like Cherry Jubilee, Mint Parfait, Toffee Crunch Thins and seasonal Peppermint Crunch. You can also find baking chips with the Andes mint flavor!

You can still buy Andes mints in bulk on Amazon if you like having lots of Andes mints around, but we think that’s not as much fun as snapping them off the XL bar.

Do you look forward to getting some Andes mints after you finish dinner? Or, heck, anytime you want sweet, soft chocolate and mint layers mixed together?