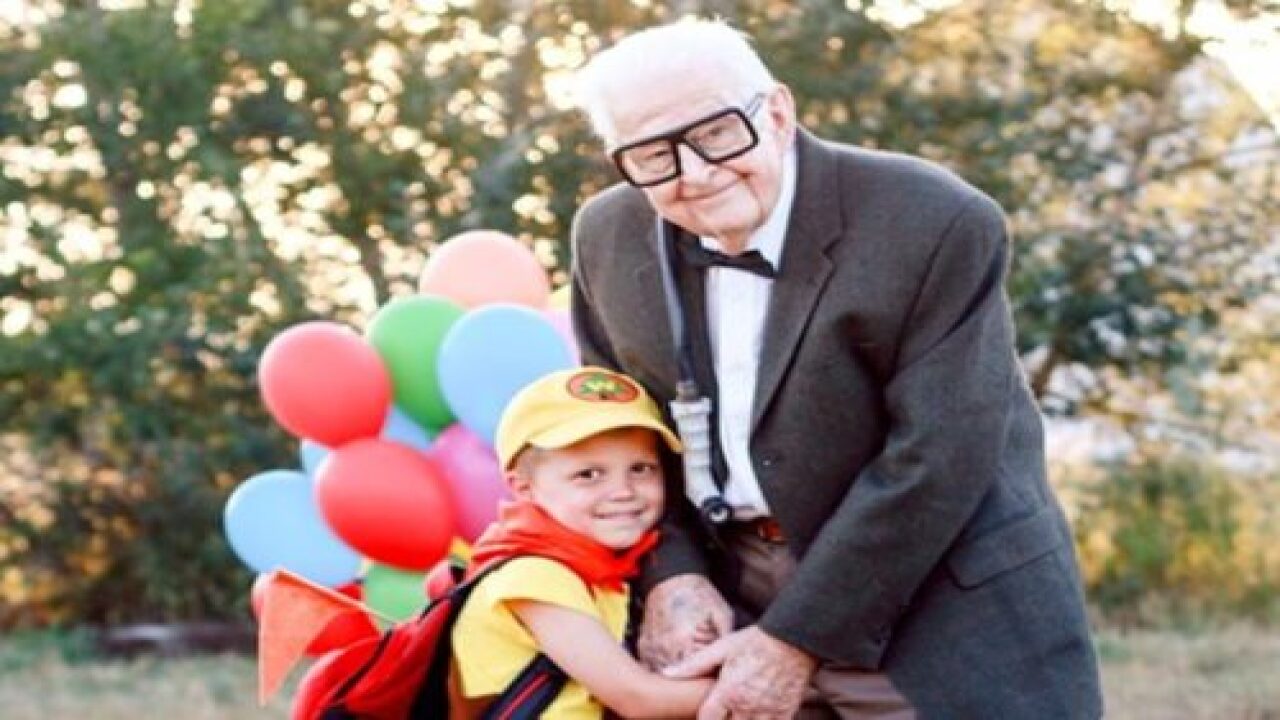 Photographer Rachel Perman wanted to do something special for her children’s birthdays this year. Beyond the basic birthday presents, Perman knew she could create some magical memories for her three kids by allowing them to choose their own themed photoshoots.

Her son, Elijah, knew exactly what he wanted to do — and his mom wasn’t surprised at all.

Elijah’s favorite movie is Disney’s “Up,” which, released in 2009, isn’t the typical choice for many young kids these days. But the story of a young Wilderness Explorer named Russell and his charming relationship with an elderly widower named Carl captured young Elijah’s imagination even when he was a toddler.

“Elijah is very particular. He is borderline addicted to ‘Up’ and has been for several years,” Perman told People. “It’s the only thing he draws and colors — the house with balloons — the only books he wants to get at the library, and the only toy he wanted when we were in Walt Disney World last year.”

So, Elijah got to bring his favorite movie to life by dressing up as Russell in full Wilderness Explorer glory. He got the shorts, the shirt, the hat, the backpack and, of course, the sash decorated with badges!

Elijah even had a tiny replica of Carl’s house, complete with the massive bouquet of colorful helium balloons.

Elijah’s birthday photo session then became a family affair when his great-grandparents got in on the fun! His 90-year-old great-grandfather, Richard Bain, dressed up as the grumpy old-man-turned-best friend, Carl.

The resemblance to the character is amazing and the love between the generations was evident in the photos Elijah’s mom took and posted to Facebook.

To complete the picture-perfect day, Elijah’s 90-year-old great-grandmother (and Richard’s wife), Caroline, got herself decked out as Carl’s wife, Ellie.

“They were thrilled to participate and loved that I asked them,” Perman said. “Grandpa even went to the thrift store to get the jacket and hose. He said, ‘I noticed in a photo Carl had a hose over his shoulder.'”

When Perman posted the photos on her photography business’ Facebook page, she was shocked to see how the photos resonated with others.

The special images she created for her kids were meant as a way to capture the joy her family brings to her life and serve as a reminder to savor the good times. Five years ago, just after Elijah and his twin sister Emille were born, Perman was diagnosed with cancer. Perman’s oldest child, Mikayla, was only 5 years old at the time.

There were times when Perman wasn’t sure she would make it to her twins’ fifth birthday.

“I hated not knowing if I would get the same time with [the twins] that I got with [Mikayla],” she told People. “So for their fifth birthday, I wanted to celebrate the things they love with photos! It’s a celebration for me and them!”