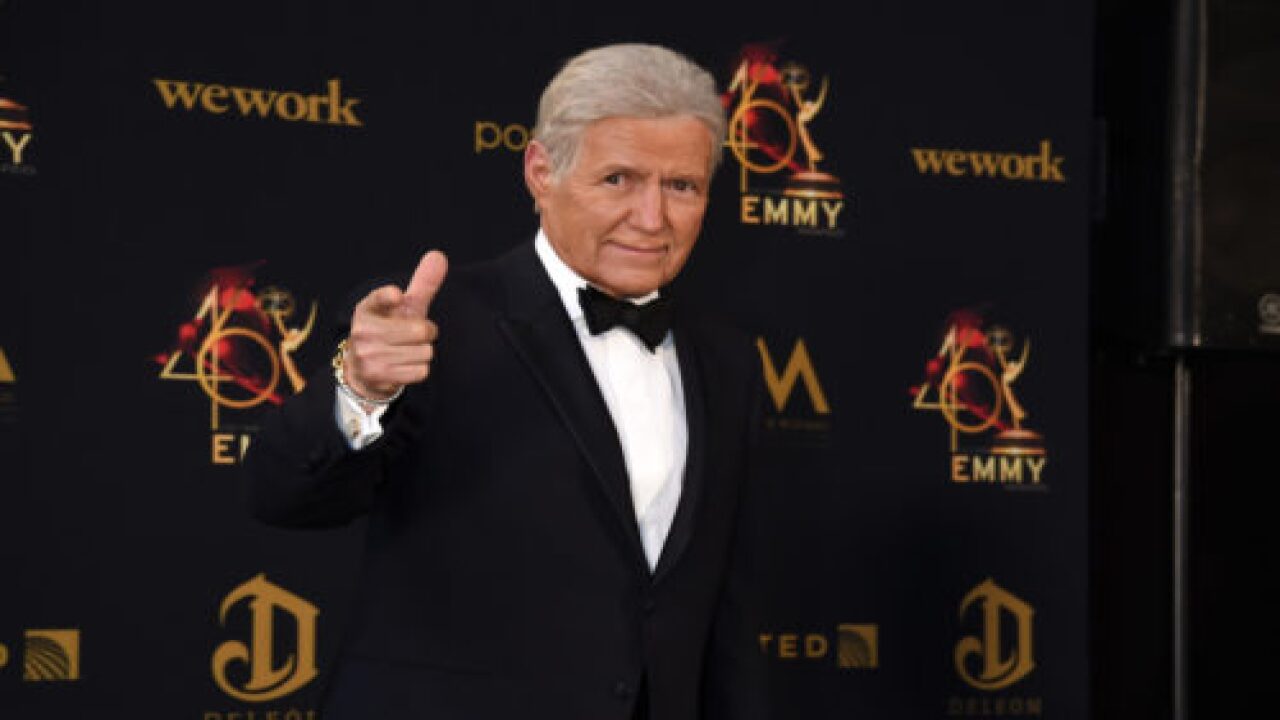 After a devastating cancer diagnosis, legendary “Jeopardy” host Alex Trebek is back on the job.

Trebek, 79, revealed back in March 2019 that he had been diagnosed with stage 4 pancreatic cancer. Although this type of cancer has a grim prognosis, with a five-year survival rate of just 9%, Trebek was determined to remain positive throughout treatment. Now, after several grueling rounds of chemotherapy, he’s back for the season 36 premiere of “Jeopardy” on Sept. 9.

Alex is back in action! Join him on September 9 for the premiere of Season 36. pic.twitter.com/Vdv9t9vxDE

“Alex is back in action!” read the caption. “Join him on September 9 for the premiere of Season 36.”

“I’ve gone through a lot of chemotherapy, and thankfully, that is now over,” Trebek says in the video. “I’m on the mend, and that’s all I can hope for right now.”

It’s clear that the beloved host also hasn’t lost his sense of humor despite his health hardship. He jokes in the video that if he had to choose an actor play him in a biopic film, he’d pick Betty White.

People are definitely excited about his return. Many were reportedly encouraged by his ability to beat the odds.

“Thank you for the inspiration,” wrote @penney_bob on Twitter while re-tweeting Trebeck’s announcement of pancreatic cancer back in March.

A TRUE champion! @Jeopardy host Alex Trebeck has already won. It's "game over". Thank you for the inspiration; you're in our prayers! https://t.co/n3afL6RUui

And now many have expressed support now that he’s back. In a response to a thread joking that Trebeck is immortal, Twitter’s @katsudonburi compared Alex Trebeck to the Chuck Norris of the meme world:

I move that from here on out, all Chuck Norris jokes become Alex Trebek jokes. Trebeck didn't even need to roundhouse cancer in the face.

In May 2019, Trebek shared the shocking but exciting news that he appeared to be beating the odds and that his cancer was in “near remission.”

“It’s kind of mind-boggling,” he told People at the time. “The doctors said they hadn’t seen this kind of positive result in their memory. Some of the tumors have already shrunk by more than 50%.”

On May 4, Trebek spoke at the Pancreatic Cancer Action Network’s PurpleStride walk in Los Angeles. Nearly 200 staff members from “Jeopardy” and “Wheel of Fortune” supported him as part of “Team Alex” at the walk. They raised more than $60,000 for research on the disease, far surpassing their original goal of $35,000.

“Jeopardy” crew member Sarah Whitcomb Foss shared this photo of herself along with her two young children and Trebek at the walk on Instagram:

So thankful to be a part of today’s PurpleStride walk to benefit pancreatic cancer research. The Foss girls are Team Alex all the way!

We’re so glad to hear that Trebek will be back at work soon! Best wishes on his continued recovery!