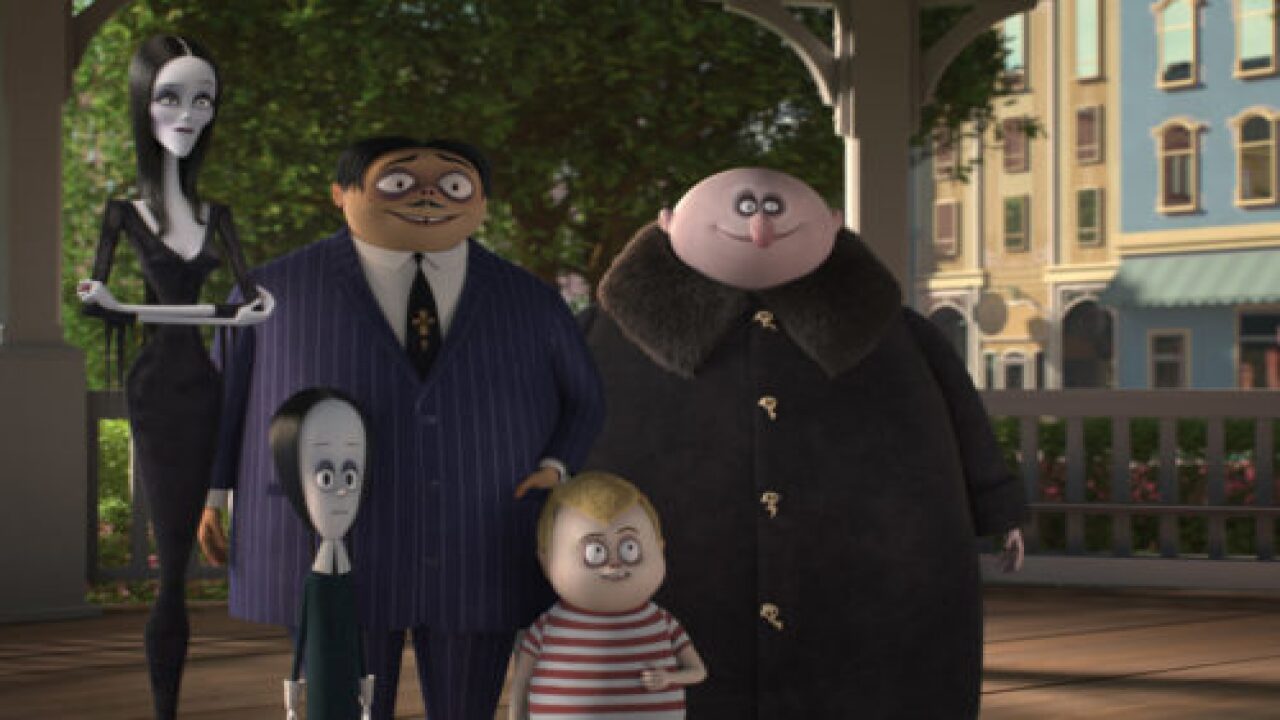 A creepy and kooky beverage has been released in honor of the new animated movie, “The Addams Family.” The new spooky black cherry Icee is jet-black in color and will be sold at AMC theaters that are showing the film.

We expect the drink will turn your tongue black. A perfect treat for the Halloween season!

The movie will be out Oct. 11, but some moviegoers have already found the new Icee at their local theaters, as seen in this Instagram post from @ewokbunjy:

We’re so ready to try this thing! AMC says it is available only for a limited time.

This isn’t the first time AMC Theatres have released a black-hued Icee. They did a similar black cherry drink out for “Men In Black: International,” as seen in this post by Instagram user @anthissa_rn:

We can just see Morticia Addams elegantly sipping on one of these spooky black cherry Icees while Gomez kisses her arm!

That’s not the only spooky treat you can get in honor of the new movie. IHOP has introduced a new, limited-time menu that includes a special chocolate milkshake, a stack of goth-looking pancakes and other creative dishes.

If you aren’t familiar with the new movie being released by MGM, here’s the trailer:

The 3D-animated film is the latest adventure for the famously creepy family, which first debuted in a series of comics by Charles Addams in the 1930s. There are a ton of celebrity voices appearing in the new movie, including Oscar Isaac, Charlize Theron, Chloe Grace Moretz, Finn Wolfhard, Nick Kroll, Snoop Dogg, Bette Middler and Allison Janey. What a payroll!

The soundtrack has an all-star case as well. The movie’s theme song, “Family,” includes Migos, Snoop Dogg and reggae performer Karol G. Christina Aguilera has also announced on Twitter that she will soon drop a song called “Haunted Heart” for the soundtrack.

My new song #HauntedHeart for The Addams Family animated film drops this Friday!! ð» I’m so excited be a part of this iconic favorite creepy, kooky, mysterious and spooky fam ð@MeetTheAddams #QueenOfHalloween pic.twitter.com/hSbTgx2rbw

If that doesn’t get your fingers snapping in unison, I don’t know what will.

If you plan to take the kiddos to see the comedic adventure, “The Addams Family” website has activities they can do ahead of time. MGM has an activity book available, and you can look through fan artwork that’s been posted to the site.