A New ‘Hocus Pocus’ Movie Is In The Works At Disney 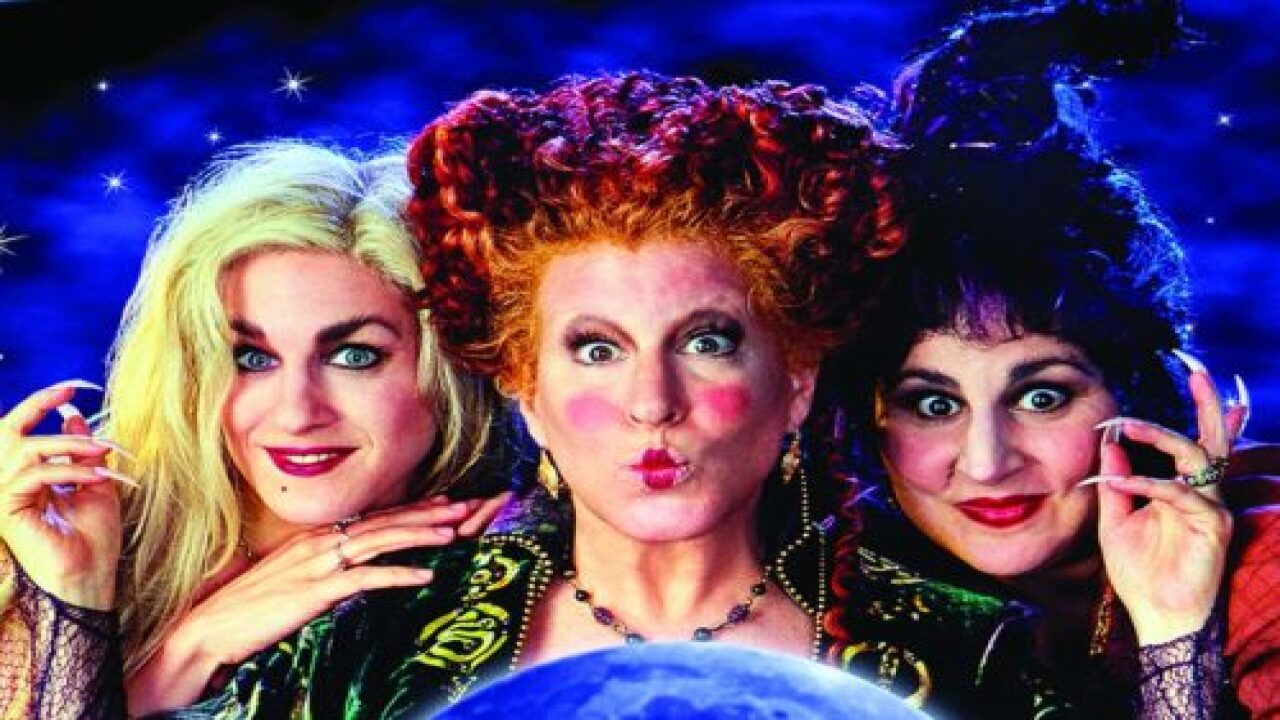 Fans of Disney’s classic Halloween movie “Hocus Pocus” have been under its spell for more than 25 years.

The original 1993 movie — starring Bette Midler, Sarah Jessica Parker and Kathy Najimy as the witchy Sanderson sisters — was the perfect mix of a fun story and outrageous characters. Over the years, “Hocus Pocus” devotees have wished for more from their favorite trio of spellbinding sisters. And now, their time has finally come.

In 2017, talks began to bubble up about a possible reboot of the flick for the Disney Channel. It’s been two long years since then of wondering and waiting. But it looks like it’s finally in the works.

Originally reported by Collider, the folks at Disney+ — Disney’s new streaming service — are starting development on “Hocus Pocus 2,” and have even gone so far as to ask screenwriter and producer Jen D’Angelo to write the screenplay for the latest installment of the cult classic movie. Officials at Disney+ also hope that D’Angelo can find a way to bring back the original Sanderson sisters in some form.

Midler, Parker, and Najimy are not confirmed for the possible new film at this time, but it would be hard to imagine a “Hocus Pocus” adventure without these powerhouse actresses. Previously, Parker expressed enthusiasm in the idea of getting the girls back together for another round of magical mayhem.

“I would love that,” Parker told PEOPLE about a possible “Hocus Pocus” sequel back in 2016. “I think we’ve all been fairly vocal about being very keen but that hasn’t created any groundswell of movement.”

The original movie didn’t have a magical run at the box office; it only brought in about $39 million in box office sales. But over the years, as “Hocus Pocus” aired on television networks during the Halloween season, it grew in popularity.

“Hocus Pocus” celebrated its 25 anniversary in 2018 and all three evil Sanderson sisters — Winifred (Midler),  Sarah (Parker) and Mary (Najimy) — came together for a televised reunion special to mark the big occasion.